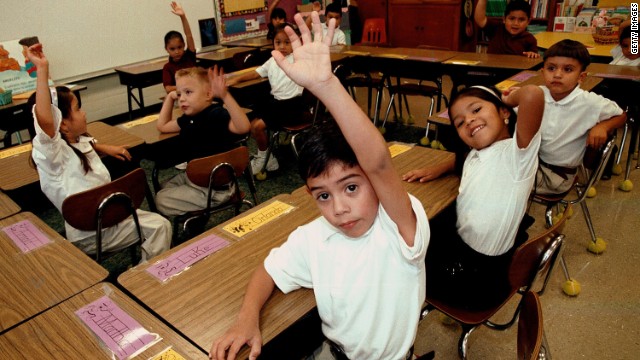 (CNN) – Parents often dream about their child's future, but a career in politics seems more like a nightmare to many.

Nearly two-thirds–64%–of Americans would not like their child to pursue a political career, compared to 31% who think that would be a good path, according to a Gallup survey released Friday.

That number has remained relatively consistent since Gallup began asking about sons and daughters in 1993. Those who approved of a career in politics for their child have fluctuated between 61% and 71%.

With the country recovering from a bitter presidential campaign and with the approval ratings of Congress hovering just above 10%, it's no surprise that parents want their children to avoid one of the least-liked professions among Americans.

Thirty-one percent marks the average of both genders when considering the order of the questions. Gallup says the answering trend has been consistent in the past.

"This suggests that Americans may be interpreting the question as one about gender equality when asked about a daughter first, and therefore that makes them more likely to favor a political career for their children of either sex," read a release that came with the poll. "When asked about a son first, Americans may interpret the question as more straightforward one about the desirability of a political career and are less likely to favor it for either a son or daughter in that circumstance."

While Gallup started asking about daughters in 1993, the polling institution has been questioning Americans about sons since 1944. Curiously, the number of those wanting to see their son go into politics has changed little since then, when it stood at 21%. The highest point ever was in 1965, when 36% said they wanted to see their son go into politics. This was a time when "Americans were still rallying around President Johnson after he took office following the death of John F. Kennedy," the release stated.

Gallup surveyed 2,048 American adults by telephone from June 20-24, with a sampling error of plus or minus three percentage points.