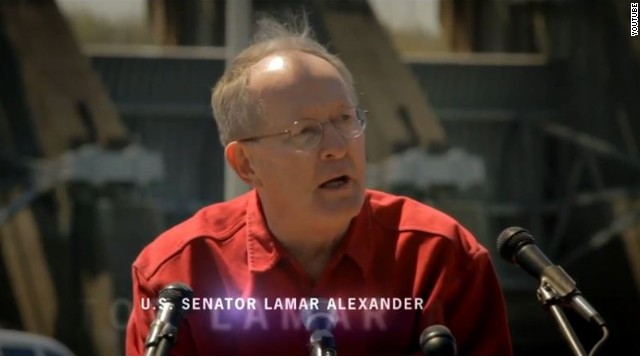 "Nobody wants to say 'no' to Lamar Alexander," Paul can be seen saying in the ad to a group of supporters.

The ad touts Alexander's "Freedom to Fish Act," which became law last month and places a two-year moratorium on attempts by the U.S. Army Corps of Engineers to block boating access in the Cumberland River. The commercial will run statewide with an emphasis in the Middle Tennessee region, according to the campaign.

In a 60-second radio ad, Senate Republican Leader Mitch McConnell, who's also from nearby Kentucky, joins Paul in supporting the "Freedom to Fish Act."

The ads begin running next week in a two-week ad buy that cost $180,000, the campaign said.

Alexander, who won his last election with 65% of the vote, will be seeking a third term. While it's rare for senators to start campaigning so early, Alexander isn't the first. McConnell began running paid ads earlier this year.

- CNN's Ashley Killough and Peter Hamby contributed to this report.