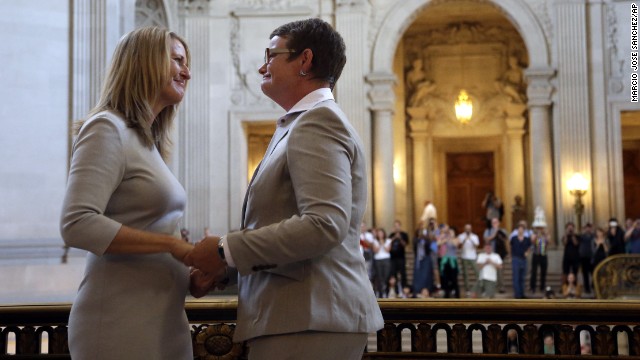 (CNN) - The American Civil Liberties Union has filed a lawsuit in Pennsylvania challenging the state's ban on same-sex marriages and refusal to recognize such marriages from other states.

A similar suit will be filed in Virginia, while an existing lawsuit in North Carolina will be amended to broaden the scope, the ACLU said Tuesday.