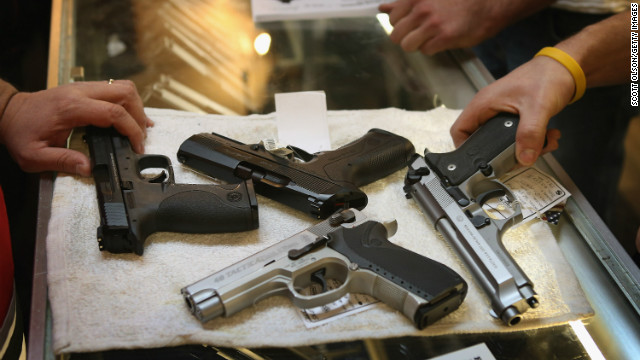 Gov. Pat Quinn, a Democrat, vetoed the legislation, but the Illinois General Assembly overrode the governor. The law allows the state to distribute permits for the carrying of firearms in public if applicants meet certain requirements.

The law's passage comes amid a national debate over new gun control measures in the aftermath of December's deadly shooting at Sandy Hook Elementary School in Newtown, Connecticut. President Barack Obama, who represented Illinois in the U.S. Senate and was a state lawmaker there, has pushed for tighter controls on guns.

Quinn said he tried to block the law for the safety of the people of his state.

"It's very, very important that we protect the people," Quinn said. "I think the legislation today does not do that. It has shortcomings that will lead to tragedies."

One state representative, Brandon Phelps, D-Harrisburg, criticized Quinn for vetoing the bill, saying, "I think it is grandstanding for the governor."

Regarding his fellow lawmakers, Phelps said, "I got to say good things about my colleagues for trying to get something passed."

Illinois is now on par with other states when it comes to broadening its right to bear arms, though Chicago Mayor Rahm Emanuel says his city needs tighter gun control laws.

Chicago has suffered from rampant gun violence in recent years.