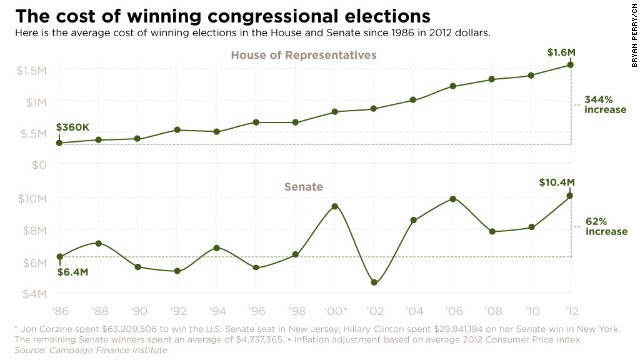 (CNN) - Cory Booker raised an eye-popping $4.6 million over the past three months for his bid in the New Jersey special election for the U.S. Senate.

The Newark mayor's cash haul that was announced Thursday is the latest example of the skyrocketing costs of winning election or re-election to Congress.

Last year, winning Senate candidates spent an average of $10.3 million, according to the latest edition of Vital Statistics on Congress, which was released this week. That's a 62% increase, adjusted for inflation, since 1986. The report indicates that it took, on average, $1.6 million to win a House seat in 2012, a 344% increase since 1986.