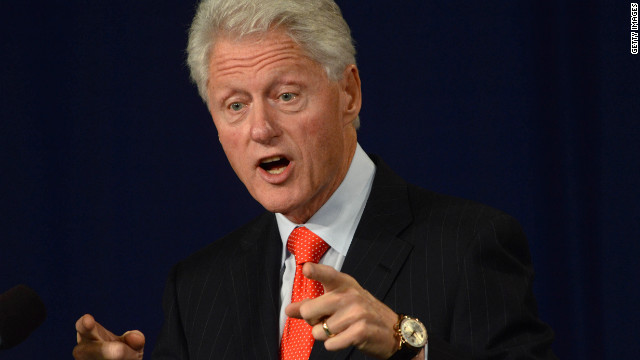 Huelskamp, who was elected in 2010 with tea party support, repeated the same comment to multiple news outlets, but described the statement as one that was made "off hand."

His comments represent one of the biggest issues in the immigration debate: trust. Opponents say they don't trust the Obama administration to secure the border, even if potential legislation passed by Congress includes provisions for tighter enforcement and prevention.

It was a topic discussed in a lengthy meeting Wednesday among House Republicans on Capitol Hill, following the Senate's passage of an immigration reform bill late last month.

In addition to border security, opponents of immigration reform also question the Senate bill's provision for a pathway to citizenship for most of the 11 million undocumented immigrants in the country. Some Republicans call such a measure "amnesty."

Huelskamp isn't the first to link a trust issue to Clinton. When Sen. Claire McCaskill, a Democrat, was running for the Senate in Missouri in 2006, she made a similar remark while talking about the former president on NBC's "Meet the Press."

"I think he's been a great leader but I don't want my daughter near him," she said.