(CNN) – As the Texas Senate debated a controversial measure placing new curbs on abortion on Friday, protesters at the state Capitol in Austin were prevented from bringing potential projectiles into the galleries, including feminine hygiene products.

Multiple people tweeted photos and descriptions of the search process and a Texas Department of Public Safety officer confirmed to CNN that security officers confiscated unopened feminine hygiene products for a time, but later allowed those items in.
END_OF_DOCUMENT_TOKEN_TO_BE_REPLACED 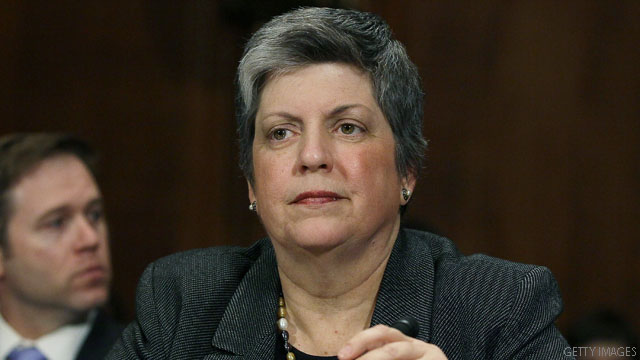 END_OF_DOCUMENT_TOKEN_TO_BE_REPLACED

(CNN) – The mayor of Jersey City has added a high-profile and potentially controversial member to his administration, naming former New Jersey Gov. Jim McGreevey to a major post on Friday.

Democrat Steven Fulop announced that McGreevey will be executive director of the Jersey City Employment and Training Commission. McGreevey will oversee a major overhaul of the commission, adding on a component that will focus on guiding former prison inmates back into the workforce.
END_OF_DOCUMENT_TOKEN_TO_BE_REPLACED

OFA, a non-profit, is a private advocacy group formed following the 2012 election to push the policy priorities of the White House. It has access to the Obama re-election campaign's list of supporters. Several former officials from the campaign now work with OFA.
END_OF_DOCUMENT_TOKEN_TO_BE_REPLACED 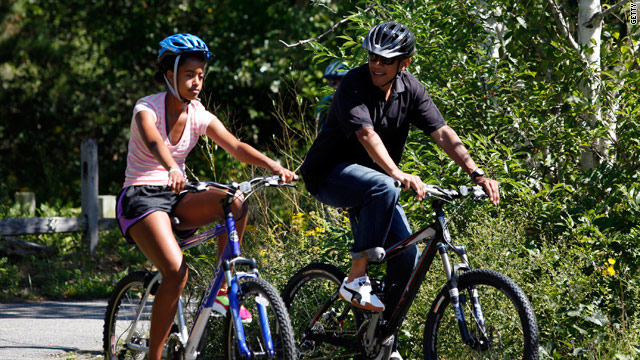 A White House official said the president and first lady would travel to the summer resort on August 10, staying for a week. The official added that there were no public events currently scheduled for the stay.
END_OF_DOCUMENT_TOKEN_TO_BE_REPLACED 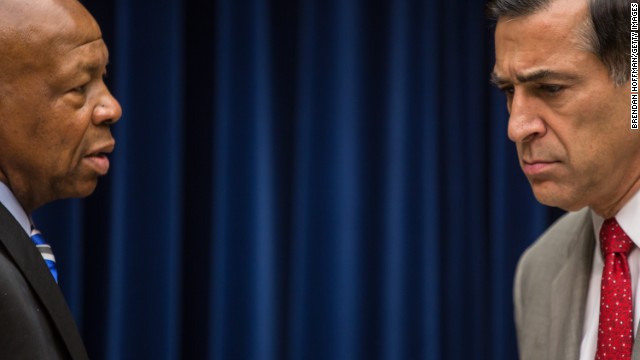 Maryland Rep. Elijah Cummings, the top Democrat on the House committee investigating the matter, asked his GOP counterpart to summon the Treasury Department's chief investigator, J. Russell George, to a panel hearing scheduled for next Thursday.

Washington (CNN) - Federal prosecutors can no longer obtain search warrants for information obtained by journalists unless reporters are the subject of a criminal investigation, a Justice Department official said Friday.

It is one key change in guidelines stemming from controversial federal investigations that resulted in efforts by prosecutors to obtain journalist records about reporting on national security issues.

A spokesperson for Scott Stringer confirmed Friday that the Manhattan borough president will not attempt to drag out the qualifying process for the Democratic primary ballot.
END_OF_DOCUMENT_TOKEN_TO_BE_REPLACED

(CNN) – Marion Barry, former Washington D.C. mayor and now city councilman, is standing by his vote to raise the district's minimum wage for large retailers–a move that throws a wrench in Walmart's plans to open its doors in the nation's capital.

"What really tipped me over the edge was the fact that Walmart was sticking us up. By saying if you don't do this, we're going to do that–we're going to leave here," the Democrat said Thursday on Fox News.
END_OF_DOCUMENT_TOKEN_TO_BE_REPLACED

(CNN) – Crossroads GPS is not waiting for the dust to settle on the debate over student loans in the U.S. Senate. The Karl Rove-backed super PAC has already launched a small online ad campaign against four Democratic senators it blames for not stopping the rate hike.