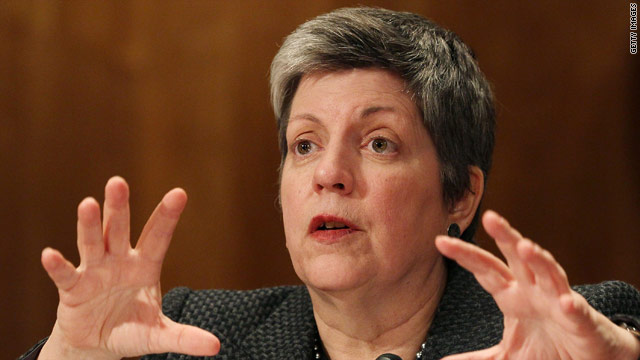 Washington (CNN) - Homeland Security Secretary Janet Napolitano will resign and be named president of the University of California system, she announced Friday.

She will leave the Department of Homeland Security in September, a source familiar with the decision told CNN.

Why Rand Paul's headed to Vegas

Washington (CNN) - Rand Paul's headed to Las Vegas Friday, but gambling is not on his agenda.

The Republican senator from Kentucky and possible 2016 GOP presidential contender has a full schedule for his weekend visit to the first western state to vote in the primary and caucus calendar.
END_OF_DOCUMENT_TOKEN_TO_BE_REPLACED

(CNN) - While some U.S. lawmakers predict Congress can send an immigration bill to the president's desk soon, a lot of Americans consider that wishful thinking.

Sixty-nine percent of registered voters say they don't think members of Congress will be able to break through the partisan gridlock to pass a comprehensive reform package this year, while 27% have more faith in their elected leaders, according to the Quinnipiac University survey released Friday.
END_OF_DOCUMENT_TOKEN_TO_BE_REPLACED

Who wins in a Clinton-Christie 2016 showdown?

Washington (CNN) - Call it a very early look at what could possibly happen in November 2016.

CNN: Moscow airport: Snowden to meet with human rights group
American intelligence leaker Edward Snowden is due to meet with a human rights group Friday, the press service for Moscow's Sheremetyevo International Airport said. The former NSA contractor is believed to have been holed up in a transit area of the airport since leaving Hong Kong for Russia on June 23.

CNN: Repairs to start on San Francisco runway after Asiana crash
The runway where Asiana Flight 214 crashed over the weekend should reopen Sunday, San Francisco's airport director said late Thursday. Repairs to the runway will begin Friday after the aircraft is removed, according to John Martin.
END_OF_DOCUMENT_TOKEN_TO_BE_REPLACED 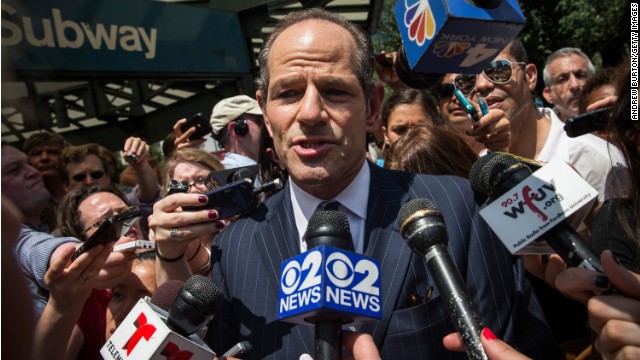 “Against the odds and all predictions - and in light of some who tried to thwart the effort - I am pleased to announce that we have collected more than 27,000 signatures in four days,” Spitzer said on his official Twitter account.
END_OF_DOCUMENT_TOKEN_TO_BE_REPLACED