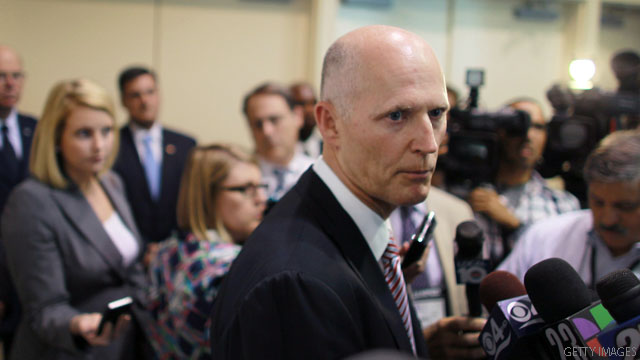 The day of prayer is set for Sunday.

WHEREAS, the people of Florida are strong and optimistic people who band together in times of crisis; and

WHEREAS, Florida has faced many challenges before – including natural disasters – with a spirit of unity and perseverance; and

WHEREAS, the death of 17-year-old Trayvon Martin is a tragedy; and the Martin family, the family of George Zimmerman, and all those affected by Trayvon's death remain in our thoughts and prayers; and

WHEREAS, emotions are running high as we continue to grieve the loss of Trayvon and the toll that the tragic events surrounding his death have taken on the community of Sanford, Florida, and other communities across our state; and

WHEREAS, tragic events compel us to a time of deep reflection and prayer to find strength and peace in uncertainty; and

WHEREAS, Floridians are unified in not only their resilience, but also in being a people of great humility, kindness, and compassion;

NOW, THEREFORE, I, Rick Scott, Governor of the State of Florida, do hereby declare
Sunday, July 21, 2013, as a STATEWIDE DAY OF PRAYER FOR UNITY IN FLORIDA.

Late Thursday night, Scott told a group of protesters that he planned on calling for the day of prayer. But he added he had no plans to amend his state's controversial "stand your ground" law.

Zimmerman pointed to Florida's "stand your ground" law as part of his legal defense, saying he shot Trayvon Martin while defending himself in a confrontation.