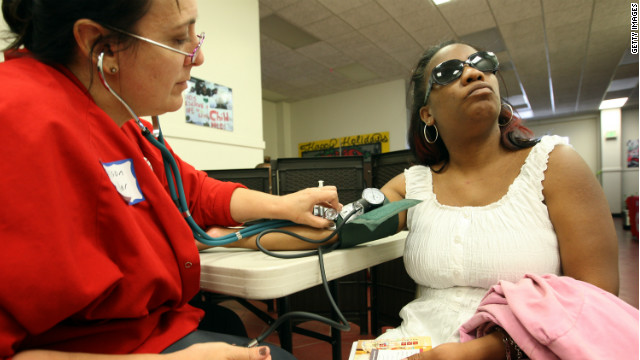 (CNN) – A one-year delay of the Obamacare employer mandate should be extended to the individual requirement that Americans obtain health insurance, two Republican lawmakers argued in their party's weekly address on Saturday.

Earlier this month, the Obama administration announced the postponement of a requirement that businesses with more than 50 workers provide employees with health insurance. The mandate was pushed back until 2015.

Republicans, who opposed the mandate as bad for jobs creation, used the announcement to fuel their complaints that the new health care law is unworkable.

"It's left many hardworking taxpayers asking, 'what about me? what about my family?' After all, the law's mandates are just as daunting for individuals," Young said. "And they don't have an army of lawyers, lobbyists and accountants at their disposal to make sense of it all."

Rep. Tim Griffin, who represents Arkansas, said it wouldn't be reasonable to only offer businesses a delay in complying with Obamacare.

"Let's be fair about this: if the president's going to help out businesses by exempting them from the law, he ought to give the same relief to folks like you," he said.

While measures have been introduced in the GOP-led House of Representatives that would put off the individual mandate for a year, they are not expected to gain approved in the Democrat-led Senate.

Obama defended the law in remarks Thursday, and chided Republicans for their continued efforts to repeal it.

"We're refighting these old battles," he said. "Sometimes I just try to figure out why. Maybe they think it's good politics."