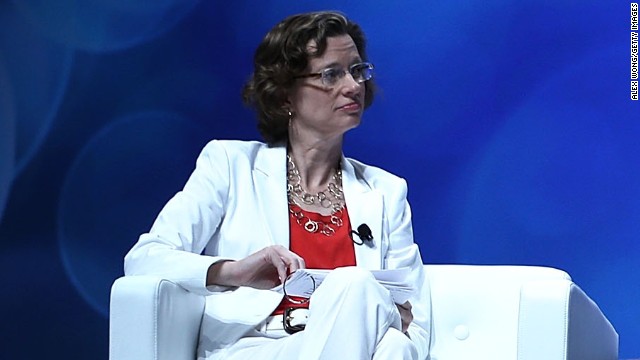 (CNN) – Michelle Nunn, chief executive of the volunteer organization Points of Light who is also the daughter of former U.S. Sen. Sam Nunn, announced in an interview published Monday she intends to run for Senate in Georgia.

Nunn, a Democrat, was widely expected to jump into the race. She'll run for the seat currently held by Republican Sen. Saxby Chambliss, who is not seeking re-election.

"I'm excited about it," Nunn told the Atlanta Journal-Constitution. "I've learned that you can't wait for somebody else to do it. Everybody has an individual role and a responsibility to contribute where they can. This seems like a way for me to contribute."

One other Democrat has declared his candidacy - Branko Radulovacki, a physician.

Nunn was expected to declare her candidacy at an event Tuesday.

Speaking to Democratic supporters at an event in Washington Monday, Senate Majority Leader Harry Reid hinted at the announcement.

"I talked to Michelle Nunn today, I think there'll be an important announcement out of Georgia tomorrow," he said. "She's really good."