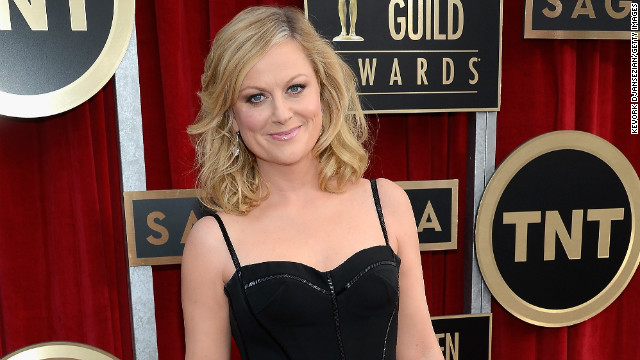 Amy Poehler was one of the celebrities who attended a meeting at the White House Monday.
July 22nd, 2013
05:04 PM ET

Obama meets with celebs who want to promote Obamacare

(CNN) – President Barack Obama, hoping to pitch his signature health care law to younger Americans, will get some help from a cadre of Hollywood stars who have volunteered to help promote Obamacare's insurance exchanges that open on October 1.

At a meeting at the White House Monday, a group that included singer Jennifer Hudson and actors Kal Penn and Amy Poehler heard Obama extol the benefits his health care law offers young people, whose participation in the exchanges is seen as essential for their long-term viability.

"The President stopped by the meeting to engage artists who expressed an interest in helping to educate the public about the benefits of the health law," a White House official said. "The reach of these national stars spreads beyond the beltway to fans of their television shows, movies, and music – and the power of these artists to speak through social media is especially critical."

The meeting, which was led by Obama's senior adviser Valerie Jarrett, also included representatives for Oprah Winfrey, Alicia Keys, Bon Jovi, YouTube Comedy, Funny or Die and the organizations that put on the annual Grammy and Latin Grammy awards.

"President Obama underscored that the efforts of these artists will be especially helpful since young uninsured Americans (ages 18-35) are key enrollment targets for the new marketplaces," the official said.

Persuading young Americans to enroll on Obamacare's exchanges is considered a key challenge for the law's backers – without enough healthy people enrolled, premium costs for those who do participate will rise.

The White House has said that 2.7 million young and healthy adults must enroll on the exchanges in order for premium costs to remain low for older Americans who take advantage of the new system.

The group of celebrities at the White House Monday will join a larger effort designed to sell Obamacare to uninsured Americans. In June, Health and Human Services Secretary Kathleen Sebelius said the NFL and a "variety of sports affiliates" had been "very actively and enthusiastically engaged" with the administration over the idea of helping to promote the Affordable Care Act, though the NFL later said they had no plans to work with the Obama administration on the effort.

Three years after becoming law, the Affordable Care Act still faces opposition from Republicans, who last week made an attempt at postponing parts of the law in Congress. The Democrat-led Senate was not expected to take up the measures.