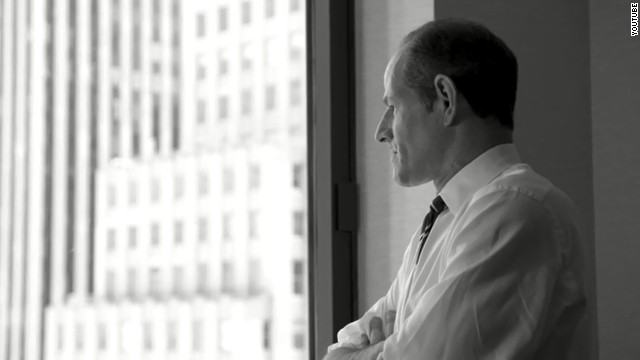 (CNN) – Eliot Spitzer isn't shying away from the topic on everyone's minds as he makes a political comeback bid for New York City comptroller.

The former New York governor, who resigned in 2008 after admitting to paying prostitutes for sex, begins his new television ad admitting to his past mistakes.

"Look - I failed. Big time. I hurt a lot of people. When you dig yourself a hole, you can either lie in it for the rest of your life or do something positive," he says at the beginning of the minute-long spot, which his campaign said would begin airing in the next few days as part of a $450,000 buy.

A second spot which focuses on Spitzer's record battling special interests will also be included in rotation, a campaign official said.

Recent polls have shown Spitzer - who announced his bid in early July just days before petitions were due for a spot on the ballot – leading his rival for the Democratic nomination, Manhattan Borough President Scott Stringer.

On Monday, Stringer was endorsed by Sen. Kirsten Gillibrand, a top Democrat in the state, along with a number of women's groups.

In his ad, Spitzer predicts negative campaigning in the future, characterizing the attacks as derived from his record going after the financial industry.

"If you hear some negative noise out there, and you will, keep in mind where it's coming from," he says. "Maybe being hated by the Wall Street firms isn't a bad thing."

"Eliot Spitzer's real failure was a governorship that left Albany more broken than when he arrived," Stringer spokeswoman Audrey Gelman wrote in response to the ad. "It's clearer and clearer that for Eliot Spitzer, this campaign is not about the needs and struggles of New York's middle class – it's all about Eliot Spitzer."

CNN's Paul Steinhauser and Steve Brusk contributed to this report.