(CNN) - A former campaign staffer for San Diego Mayor Bob Filner became the second woman to publicly accuse him of sexual harassment, saying Tuesday that the then-congressman patted her "posterior" while at a fundraising event.

Laura Fink, who now runs a political consulting firm, told CNN affiliate KPBS that it happened in 2005 when she was working as Filner's deputy campaign manager. 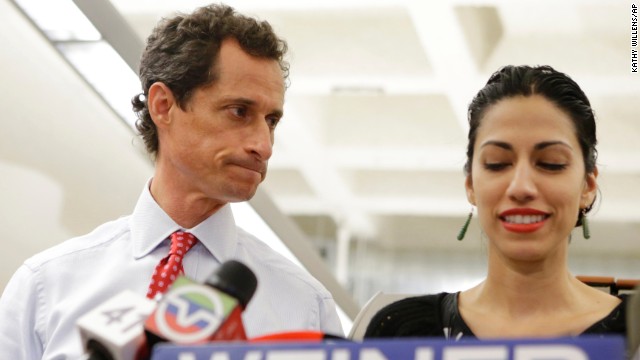 (CNN) - When former U.S. congressman Anthony Weiner admitted two years ago to sending explicit messages and photos to women online, his wife was notably absent, letting Weiner make his public mea culpa alone. But on Tuesday, Huma Abedin was front and center as Weiner confessed to having further explicit exchanges, even after the first scandal forced his resignation from Congress.

Abedin, 36, is no stranger to politics. She has worked for former Secretary of State Hillary Clinton for years and accompanied her husband on the campaign trail in his current bid for New York City mayor.

(CNN) - A day before the House is expected to vote on restrictions to the National Security Agency's controversial phone surveillance program, the director of national intelligence told CNN Tuesday he would be "very concerned" if the measure were to pass.

James Clapper commented briefly as he left a classified hearing of the Senate Intelligence Committee, which also is exploring changes to the program in the wake of leaks by former NSA contractor Edward Snowden. 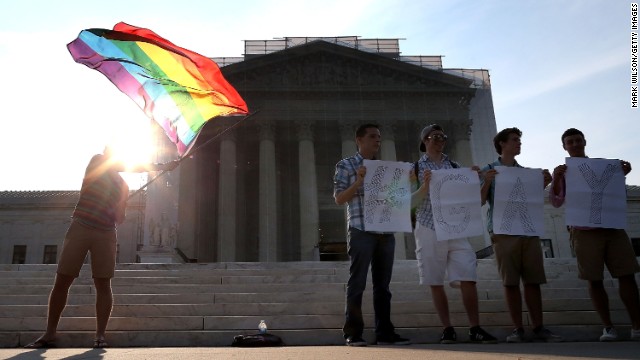 The decision was announced in a brief ruling, which was filed Tuesday and said: "The request for an immediate temporary stay or injunctive relief is denied."

(CNN) - The nominee for the No. 2 job at the Department of Homeland Security is under investigation amid allegations he helped obtain a special visa for an international investor after the initial application was denied by the U.S. government.

An e-mail sent to congressional lawmakers from the department's inspector general and obtained by CNN said Alejandro Mayorkas is being investigated, but at this point, "we do not have any findings of criminal misconduct."

Weiner, with wife at side, says lewd exchanges happened after resignation

(CNN) - With his wife by his side, New York mayoral candidate and former congressman Anthony Weiner said Tuesday that some of the sexually explicit online exchanges that were published by a gossip website happened after his resignation from the U.S. House in 2011.

"Some of these things happened before my resignation, some happened after," Weiner said at a hastily organized press conference in New York, where he also pushed back when asked if the latest revelation would prompt him to drop out of the race.
END_OF_DOCUMENT_TOKEN_TO_BE_REPLACED 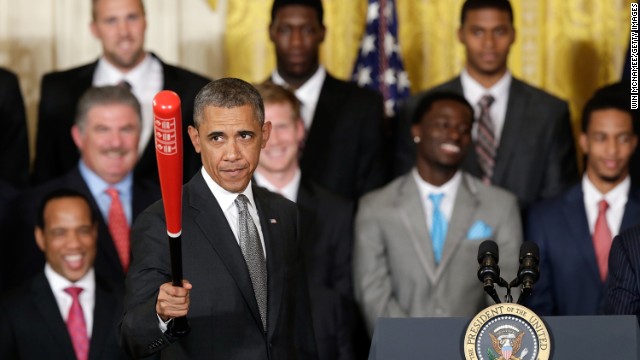 Tuesday in the White House East Room, he was able to do just that.
END_OF_DOCUMENT_TOKEN_TO_BE_REPLACED

SHE SPEAKS: HUMA ABEDIN STANDS BY HER MAN… AND ADDRESSES THE CAMERAS FOR THE FIRST TIME… The wife of New York mayoral candidate Anthony Weiner backed her husband Tuesday after sexually charged online chats were published by a gossip website. “What I want to say is: I love him. I have forgiven him. I believe in him and as I have said from the beginning, we are moving forward," Abedin said.

WEINER STAYS IN RACE, ADMITS SEXTING AFTER RESIGNATION: “Some of these things happened before my resignation, some happened after,” Weiner said at his press conference.

JUST ANOTHER DAY FOR WEINER: “I'm responsible for this behavior that led us to be in this place, but in many ways things are not that much different than they were yesterday,” Weiner said.

END_OF_DOCUMENT_TOKEN_TO_BE_REPLACED

King made the comments in an interview Thursday with conservative news organization Newsmax. They were in response to criticism from anti-tax advocate Grover Norquist, himself a supporter of the Senate immigration overhaul.
END_OF_DOCUMENT_TOKEN_TO_BE_REPLACED

(CNN) – Embattled Virginia Gov. Bob McDonnell announced Tuesday he was paying back more than $120,000 in loans amid federal and state investigations into gifts and financial contributions he received from a wealthy executive.

McDonnell, who has said he will not resign, added he was working toward advancing policy items in the final several months of his governorship.
END_OF_DOCUMENT_TOKEN_TO_BE_REPLACED