Washington (CNN) – As the outcry from Democrat and Republicans alike grows over Rep. Steve King's remarks regarding immigration and drugs, the GOP congressman defended his comments Wednesday.

The comments originally came during a controversial interview last week where he suggested the possibility of a pathway to citizenship for undocumented children who excel while receiving an American education was not worth also legalizing the immigration status of drug smugglers.
END_OF_DOCUMENT_TOKEN_TO_BE_REPLACED

(CNN) - Calls for Anthony Weiner to withdraw from the New York City mayoral contest poured in Wednesday after his admission that he sent lusty messages more than a year after resigning from Congress for the same dubious habits.

As Weiner resisted those calls to drop out, CNN was able to identify the 23-year-old recipient of those sexually charged messages.
END_OF_DOCUMENT_TOKEN_TO_BE_REPLACED 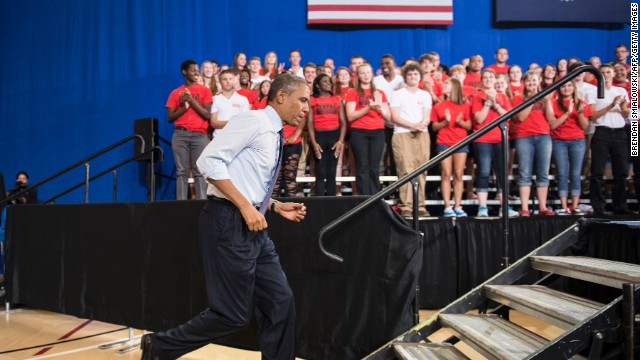 Warrensburg, Missouri (CNN) - Offering an abbreviated version of the economic address he delivered in Illinois earlier in the day, President Barack Obama addressed a crowd at the University of Central Missouri here Wednesday evening and pointed to the school’s business partnership program as an example of what needs to be done to drive down college costs.

“Here at Central Missouri, you are a laboratory for this kind of innovation,” the president said.
END_OF_DOCUMENT_TOKEN_TO_BE_REPLACED

A coalition of libertarian, liberal and conservative lawmakers pushed for curbs on the blanket collection of those records, arguing that it was too broad and intrusive.

Washington (CNNMoney) - The Senate on Wednesday approved a bipartisan deal that ensures lower interest rates on loans for students heading to college this fall.

Senators voted 81 to 18 to lower interest rates for undergraduates taking out government loans this school year to 3.86% - cheaper than the 6.8% interest rate that kicked in on July 1. The new rates would be retroactive and apply to loans taken out after July 1. 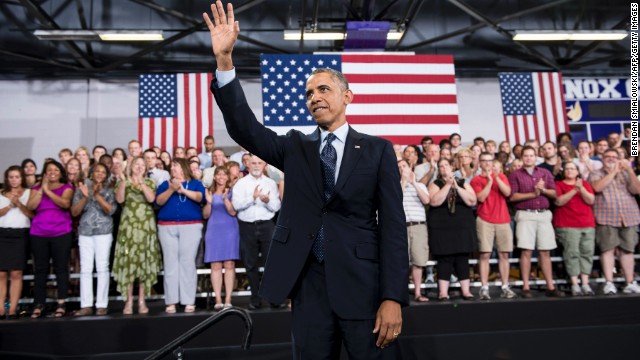 Gearing up for health exchanges: crunch time for Obamacare

McGuinness and others working to insure the uninsured have fewer than 10 weeks until open enrollment in state and federally managed insurance exchanges begins on October 1.

Filner's former campaign staffer Laura Fink has come forward saying he touched her on the rear, and made sexually suggestive remarks when he was a congressman back in 2005.

BREAKING: A KENNEDY IN JAPAN… President Barack Obama nominated Caroline Kennedy as Ambassador to Japan. Kennedy, daughter of the late President John F. Kennedy, was a key backer of Obama in his 2008 successful bid for the White House.

STILL IN TRANSIT: SNOWDEN CAN'T LEAVE MOSCOW AIRPORT… Edward Snowden isn't yet allowed to step outside the Moscow airport where he's been holed up for weeks, despite reports to the contrary, his Russian lawyer Anatoly Kucherena said Wednesday.

FEEL GOOD STORY OF THE DAY: Former President George H. W. Bush shaved his head this week to show his support for a two year-old son of a Secret Service agent who is being treated for leukemia and started losing his hair.

END_OF_DOCUMENT_TOKEN_TO_BE_REPLACED

(CNN) – Last week, former President George H. W. Bush had a full head of hair when he gave President Barack Obama a pair of socks. Today, it's gone, shaved to the scalp in solidarity with a young cancer patient.

According to a statement from a spokesman for the 41st president, Bush shaved his head after members of his Secret Service detail shaved theirs, meant to show solidarity with Patrick, the two year-old son of one of the detail who is battling leukemia.
END_OF_DOCUMENT_TOKEN_TO_BE_REPLACED

Washington (CNN) – It's far from a sure thing that Hillary Clinton will run for the White House in 2016, but that isn't stopping some conservatives from ramping up efforts to try and derail any possible presidential campaign by the former secretary of state.

Wednesday one of two pro-Republican groups that recently formed to attack Clinton and hopefully influence the big political decision she will eventually make, released a web video that imagines a second Clinton presidency, in hopes of stoking fears among Republicans nationwide.
END_OF_DOCUMENT_TOKEN_TO_BE_REPLACED