(CNN) – Eliot Spitzer is ahead in his race for New York City's top financial post, two polls released Thursday showed, though his advantage differed wildly in the two surveys.

A Quinnipiac University survey showed Spitzer edging out Manhattan Borough President Scott Stringer, his main rival for the Democratic comptroller nomination, by a four point margin among likely Democratic primary voters. Spitzer stood at 49% while Stringer was at 45%.
END_OF_DOCUMENT_TOKEN_TO_BE_REPLACED

Reid: A President Hillary Clinton 'even better' than her husband

Update: After this story was published, the senator's office clarified that Reid was referring to President Clinton, not President Obama. The post has been updated to reflect that change.

(CNN) - Senate Majority Leader Harry Reid is gushing over his former Senate colleague Hillary Clinton, saying Wednesday night the former secretary of state would do a "better" job in the White House than her husband.

"Hillary Clinton may have a bigger fan than Harry Reid; I just don't know who it would be," he said in an interview that aired Wednesday night on PBS' "NewsHour."
END_OF_DOCUMENT_TOKEN_TO_BE_REPLACED

(CNN) - A new poll conducted entirely after Anthony Weiner admitted to lewd chats a year after such sexting forced him to resign from Congress indicates that the Democratic New York City mayoral candidate's support among voters has dropped significantly.

(CNN) – If Congress passes the COINS Act replacing the $1 paper bill for a coin, the U.S. government may be able to save billions in printing costs at the expense of a little more jangle in the average consumers' pockets. But what about the strippers?

That's what The Hill newspaper asked one of the bill's co-sponsors, Sen. John McCain, in a piece published Thursday. The question came from a separate 2011 story where the publication suggested strippers could suffer in a bill-less economy, with G-strings and garter belts far less accommodating of cold metal.
END_OF_DOCUMENT_TOKEN_TO_BE_REPLACED

(CNN) - Anthony Weiner, the embattled New York City mayoral candidate who admitted this week to sending raunchy chats to a young woman last summer, estimated Thursday he had online relationships with three different women after his 2011 resignation from Congress.

But speaking at a news conference, the Democrat said he couldn't say for sure how many more women might come forward.
END_OF_DOCUMENT_TOKEN_TO_BE_REPLACED

Pelosi blasts Weiner, Filner: Do your therapy in private

"Let me be very clear, the conduct of some of these people that we're talking about here is reprehensible," Pelosi said at her weekly press conference on Capitol Hill.
END_OF_DOCUMENT_TOKEN_TO_BE_REPLACED 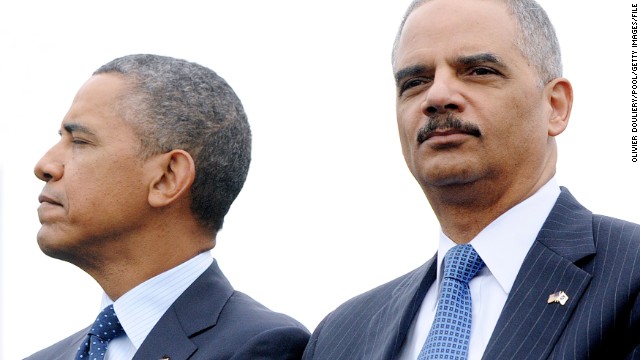 Philadelphia (CNN) - There is one thing to be said about Attorney General Eric Holder. He has a way with words that makes conservatives furious - especially when he starts talking about race and the law.

There are many examples. Early in the Obama administration, Holder said that we are "a nation of cowards" when it comes to issues of race.

New Spitzer ad: The sheriff is back

(CNN) – The New York City comptroller is responsible for managing the city's pension funds along with advising on the health of the city's finances, not financial regulation. But that isn't stopping former New York Gov. Eliot Spitzer from celebrating his record doing exactly that in his latest campaign ad.

Americans weigh in on the summer of abortion

Washington (CNN) - It's one of the hottest and most controversial issues in front of lawmakers this summer.

And as both federal and state legislators grapple with increased restrictions on abortion, a new national poll indicates Americans have mixed reactions to some of the moves being made right now in state houses and the nation's capital.
END_OF_DOCUMENT_TOKEN_TO_BE_REPLACED

(CNN) - There are still a lot of details to come out, but here's one thing we know about Anthony Weiner: He is not a punch line; he is an addict.

I would assume Weiner has always had an uphill battle against being the butt of someone's joke, just by the nature of his last name. Immaturity has always reigned supreme, and now in the days of Internet memes and Twitter zingers, Weiner seemed ready-made for a scandal.