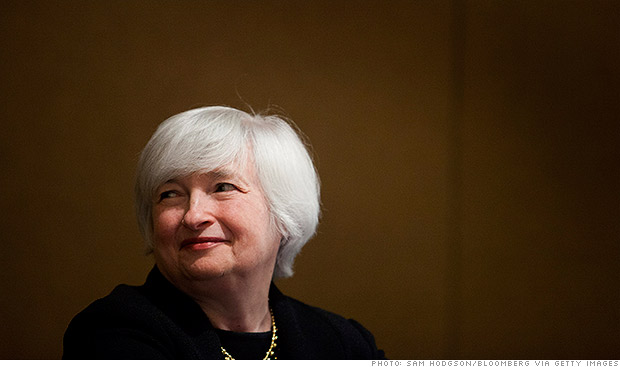 Washington (CNN) – The potential nomination of Janet Yellen to serve as the next chairman of the Federal Reserve is gaining traction on Capitol Hill.

Three Democratic senators signed a letter encouraging President Barack Obama to nominate the current vice chair of the Fed and former chairman of the White House Council of Economic Advisers to the post, according to Senate aides.

On Thursday, House Minority Leader Nancy Pelosi voiced her support for Yellen, who would be the first woman to serve in the post if nominated and confirmed.

The comments from lawmakers follow rumors the president is seriously considering Yellen and Larry Summers, who served as director of the National Economic Council under Obama and treasury secretary under former President Clinton, to replace outgoing Fed Chair Ben Bernanke.

Although Pelosi said both Summers and Yellen are strong choices, she told Bloomberg’s Al Hunt the latter is “extremely talented,” adding “it would be great to have a first woman chairman of the Fed, no question about it.”

While Yellen was considered the frontrunner for the position, Summers’ name has circulated recently and the president has asked his aides to explore the potential of nominating Summers, who left the Obama administration in 2010 to return to Harvard University, according to sources.