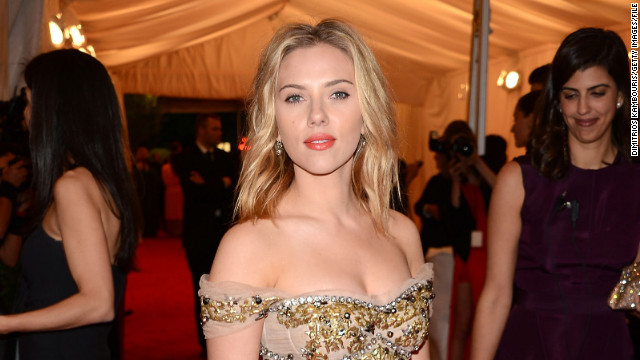 Actress Scarlett Johansson and TV star Lena Dunham, known for HBO's "Girls," will help host a fundraiser for Stringer in the first week of August, a little more than a month before the two Democrats face off in the September 10 primary.

According to the invitation, the event will take place at the Maritime Hotel near Chelsea and the Meatpacking District in Manhattan. Tickets range from $50 to $500.

Stringer was considered the frontrunner in the race until Spitzer made a late (and shocking) entry earlier this month. Now Stringer finds himself behind in the polls to the former governor who resigned in 2008 amid a prostitution scandal.

Dunham is friends with Stringer spokesperson Audrey Gelman, who had a small but recurring guest role on "Girls" in the first two seasons. Just days after Spitzer made his attention-grabbing entry into the race, Dunham tweeted her support for Stringer.

I'm a native New Yorker & I like my leaders with grit, integrity & executive realness. That's why I support @stringer2013 for Comptroller.

Johansson has more familial ties to Stringer; her brother used to work for the borough president and her grandmother has long been connected to Stringer. When he was considering a potential mayoral bid last year, Johansson, a New York native, held multiple fundraisers for him.

Stringer also got a boost earlier this week when popular Sen. Kirsten Gillibrand, D-New York, announced her support for the candidate.

A Quinnipiac University survey released Thursday showed Spitzer edging out Stringer by a four point margin among likely Democratic primary voters. Spitzer stood at 49% while Stringer was at 45%.

But a second poll from NBC4 New York/Wall Street Journal/Marist among Democrats likely to vote in the September primary indicated a much larger 12-point gap between the two candidates. That survey showed Spitzer at 48% and Stringer at 36%.

"You know what happens? The person with those liabilities starts out ahead because of name recognition. At the end of the day, voters realize what is happening and vote for the candidate they believe will represent them. That candidate gets elected," Stringer said.