McCain on Vietnam cellmate: 'I will see him again'

Washington (CNN) – Sen. John McCain paid tribute to his Vietnam cellmate on the Senate floor Monday, emotionally describing retired Col. George E. "Bud" Day as a fierce resistor who showed McCain "how to save my self-respect and my honor," he said. Day died Saturday at the age of 88.

In a statement Sunday commemorating Day, McCain called him the "bravest man I ever knew."
END_OF_DOCUMENT_TOKEN_TO_BE_REPLACED 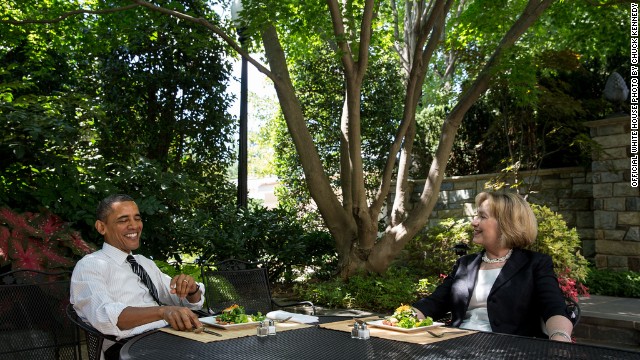 On Monday, however, Clinton made a return to the building for lunch with President Barack Obama.
END_OF_DOCUMENT_TOKEN_TO_BE_REPLACED

(CNN) – Bill and Hillary Clinton are "livid" with New York City mayoral candidate Anthony Weiner, a source close to the couple said Monday in response to a report in The New York Post.

The source disputed the story in the Post that said the Clintons are "livid" at comparisons made between Weiner and the former president. Instead the source said the Clintons' anger stemmed from their personal relationship with Abedin and not from any political concerns about their association with Weiner.
END_OF_DOCUMENT_TOKEN_TO_BE_REPLACED

The widening regional divide over abortion

Washington (CNN) - As lawmakers in state capitals battle this summer over increasing restrictions on abortion, a new poll indicates where you live may determine your stance on the controversial issue.

According to a Pew Research Center survey released Monday, opposition to legal abortion is highest in the Southern Central part of the U.S., including Texas, where Gov. Rick Perry earlier this month signed into law a bill that would ban most abortions after 20 weeks of pregnancy. By contrast, support for legal abortions remains highest in the Northeast (in particular New England) and the West Coast states.
END_OF_DOCUMENT_TOKEN_TO_BE_REPLACED

Washington (CNN) - One day before the Democratic challenger to Sen. Mitch McConnell of Kentucky formally kicks off her campaign, the candidate who's launched a conservative primary challenge to the top Republican in the U.S. Senate has landed an important endorsement.

The Madison Project PAC, a national conservative PAC that helps elect candidates, on Monday will endorse Matt Bevin's 2014 bid for the Senate against McConnell, who's served nearly three decades and is running for a sixth term in office next year.
END_OF_DOCUMENT_TOKEN_TO_BE_REPLACED

After hits from King and Christie, Rand Paul fires back on Sandy aid

"The people who want to criticize me and call me names, they are precisely the same people who are unwilling to cut the spending," Paul said at a "Boots and Jeans, BBQ and Beans" event in Franklin, according to CNN affiliate WKRN-TV.
END_OF_DOCUMENT_TOKEN_TO_BE_REPLACED

(CNN) – New Jersey Gov. Chris Christie will release a new web video Monday that claims his opponent, Democratic gubernatorial nominee Barbara Buono, has been a failed fiscal steward of the state while serving as a key member of the New Jersey legislature.

The video, which CNN was provided a preview of, tries to tie Buono to former Democratic Gov. Jon Corzine. It specifically criticizes Buono for being responsible, in part, for tax increases, job losses and budget shortfalls during Corzine's administration.
END_OF_DOCUMENT_TOKEN_TO_BE_REPLACED 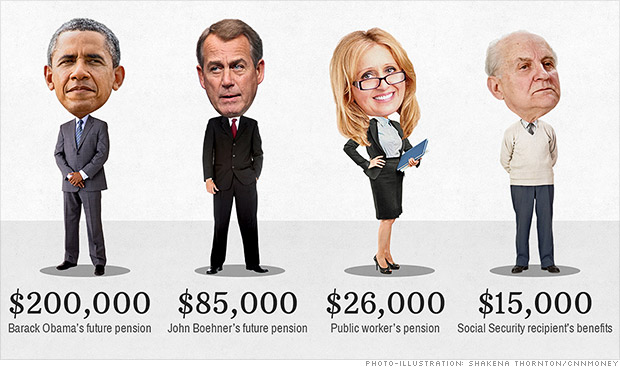 Will your congressman retire richer than you?

Members of Congress receive retirement benefits that are far more generous than those earned by the average worker, according to a recent Bankrate analysis.

CNN: Authorities want answers in boating accident that kills bride-to-be, best man
Wedding plans have turned to funeral arrangements as New York authorities try to piece together what went wrong in a horrific weekend boating accident that killed a bride-to-be and best man. "We're looking into every single thing," Rockland County, New York, Sheriff Louis Falco said. "What we're going to do is bring in an accident reconstruction team." Lindsey Stewart and Brian Bond were planning to marry on August 10.
END_OF_DOCUMENT_TOKEN_TO_BE_REPLACED