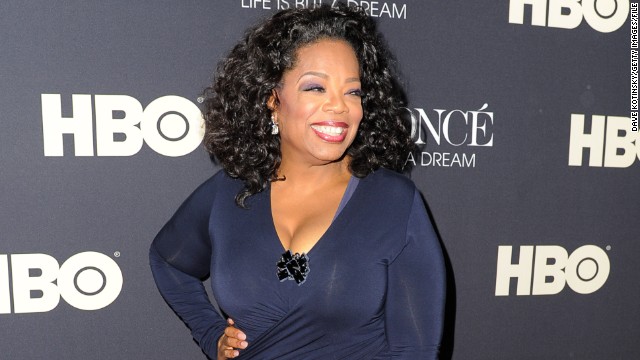 The influential TV personality and media titan will help host a fundraiser for Newark Mayor Cory Booker, who is running in a special election for a U.S. Senate seat.

Winfrey's fundraiser will be Thursday in Jersey City, with tickets ranging from $1,000 to $2,600. Booker's campaign confirmed the event to CNN.

Winfrey's involvement isn't too surprising. She has featured Booker on her show, and in 2011, she wrote a blurb about him for TIME Magazine's "100 Most Influential People."

"Cory Booker is a genius," she wrote. "I could sense it the first day I met him. His enormous intelligence is surpassed only by his heart. He is compassionate, committed, charismatic and generous of spirit. He defines servant leader."

She added that Booker is Newark's "biggest cheerleader" and she looked forward to "the day we all get to cheer him on wherever politically he chooses to go."

Since Booker launched his campaign in early June to fill the seat left vacant after Sen. Frank Lautenberg passed away, the Democrat has made a large fundraising haul. According to Federal Election Commission reports, Booker had raised $6.5 million as of June 30 and had $4.5 million in the bank.

Recent polls have consistently indicated Booker is the front-runner in the Democratic primary and in hypothetical matchups with Republicans. The primary takes place August 13, and the special election will be October 16.