Capitol Hill (CNN) – Note to anyone visiting the U.S. Capitol: Don't bring a marijuana pipe with you and especially don't bring the illegal substance to put in it.

U.S. Capitol Police tell CNN that a 20-year-old visitor was arrested Thursday inside the Capitol, on the way to view the House of Representatives, when officers found "what appeared to be a pipe consistent with the use of marijuana" in her bag. The search continued. Next? Officers spotted a "green leafy substance" in the bag, according to USCP PIO Shennell Antrobus.

The substance tested positive as marijuana. The tourist, identified as Bethany Joy Adams, was arrested.

Washington (CNN) - A very public squabble between two top Republican politicians who might be leading contenders for the 2016 GOP presidential nomination has grabbed clicks online and airtime on cable news.

The war of words between New Jersey Gov. Chris Christie and Sen. Rand Paul of Kentucky over national security, civil liberties and federal spending is also a proxy for the bigger battle for the future of the Republican Party.

Here are five things we're learning from their spat.

CNN analysis: Congress in D.C. far less than it used to be

Washington (CNN) - The artificially chilled halls of the U.S. Capitol this week are a sort of an out-of-body experience.

Thoughts of the month-long August break from Washington permeate nearly every encounter and phone call.

"We are evaluating the utility of a summit," Carney said in discussing the possible U.S. response to Russia's decision to grant asylum to classified leaker Edward Snowden.

Washington (CNN) - Russia's decision to grant asylum to classified leaker Edward Snowden is a blow to already challenged U.S. relations with Moscow, legislators from both parties agreed Thursday, but they differed on how President Barack Obama should respond.

While Republican critics of the Obama administration called for some form of diplomatic retaliation, Democrats said the U.S.-Russian relationship was too big and important to be seriously curtailed or damaged by the Snowden case.

Weiner: Carlos Danger was 'a joke'

(CNN) – Anthony Weiner was asked Thursday about why he chose the Hispanic pseudonym "Carlos Danger" which he used for sexting even after his 2011 resignation from Congress.

The contender for New York City's Democratic mayoral ballot took one more question about this Twitter handle Thursday morning from Univision during an interview; this time asked: "Why did you pick an Hispanic name and how dangerous were you really?"
END_OF_DOCUMENT_TOKEN_TO_BE_REPLACED

(CNN) – He asserted two years ago that anyone who visits Las Vegas in the summertime is "stupid," but New Jersey Chris Christie is nonetheless headed to Sin City Thursday for a speaking gig and a fundraiser with key Nevada Republicans.

Christie will attend a private event "hosted" by Sheldon and Miriam Adelson in Las Vegas on Thursday, his re-election campaign told CNN. While the Adelsons' names are on the invitation, the couple will not be attending since they're out of town, a source with knowledge of the event said. The event was first reported by the Las Vegas Sun.
END_OF_DOCUMENT_TOKEN_TO_BE_REPLACED

Washington (CNN) - Ken Cuccinelli, Virginia's Republican nominee for governor, has pulled out of this weekend's RedState Gathering, an annual conservative conference being held this year in New Orleans.

(CNN) – His campaign may be battling controversies on several fronts, but Anthony Weiner scored the backing of one well-known New Yorker Thursday.

Jimmy McMillan, whose "the rent is too damn high!" rant went viral during his 2010 bid for New York mayor, wrote on Twitter he was throwing his support behind Weiner, adding a photo of the two politicians.
END_OF_DOCUMENT_TOKEN_TO_BE_REPLACED 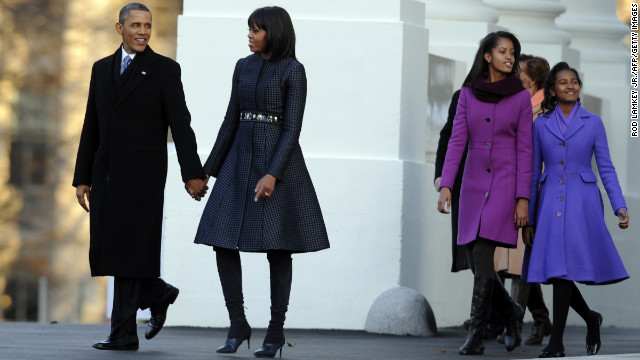 But while living in the White House could leave Sasha and Malia Obama with a distorted sense of how Americans live, their father says he's always conveying to his daughters how abnormal their situation really is.
END_OF_DOCUMENT_TOKEN_TO_BE_REPLACED