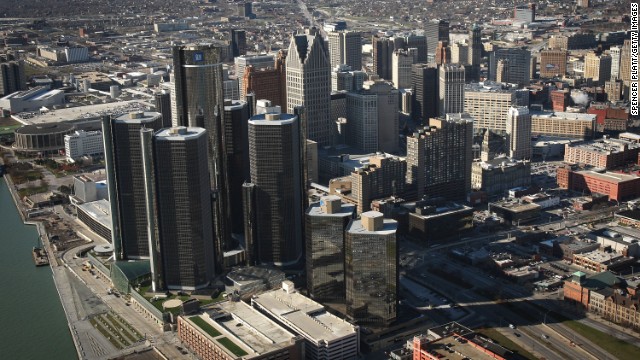 According to the Quinnipiac University survey, 57% of registered voters oppose the idea of a federal bailout, while 33% support such a move.

The Quinnipiac survey shows a partisan and racial divide on the question of a federal bailout. Democrats support bailing out Detroit 51% – 35%, while Republicans oppose the rescue by a margin of 65% to 28%.

Black voters also tend to favor a bailout by a slight majority, 57% to 36%. White voters, meanwhile, oppose that kind of federal assistance by a margin of 63% to 26%.

Overall, nearly six in ten Americans say the federal government should not bail the city out.

"The strong opposition among voters to a federal bailout of Detroit will make it politically very difficult for the folks in Washington to come to Detroit's rescue," said Peter A. Brown, assistant director of the Quinnipiac University Polling Institute.

And White House Press Secretary Jay Carney repeatedly said last week the White House has "no plans" to provide a bailout for the city.

"The city has to and the state have to work that out with the city's creditors," he said in a press briefing, though he added the Obama administration will work with the city to "talk about policy ideas" that will help Detroit move forward.

For the poll, Quinnipiac surveyed 1,468 registered voters by telephone from July 28-31. The sampling error is plus or minus 2.6 percentage points.

- CNN's Ashley Killough and James O'Toole contributed to this report.