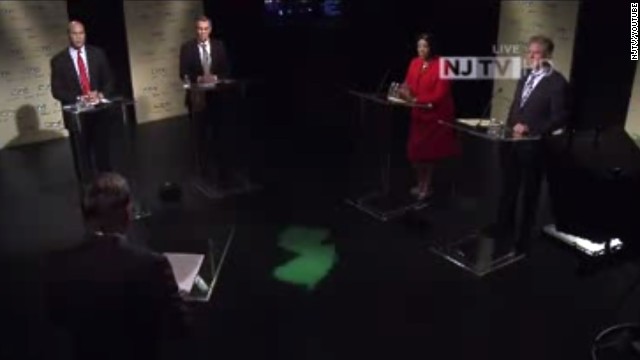 The winner of the August 13 primary will go on to compete in an October 16 general election contest, which was called after the death of longtime Sen. Frank Lautenberg in June.
END_OF_DOCUMENT_TOKEN_TO_BE_REPLACED 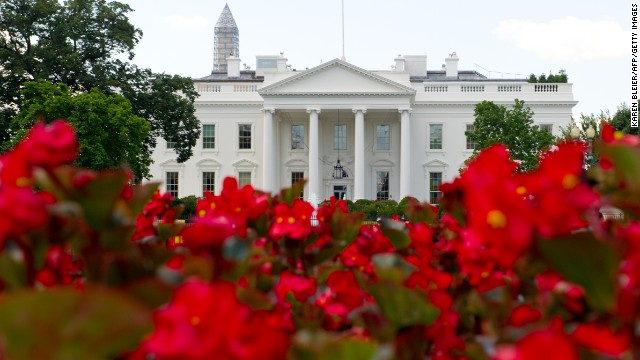 Washington (CNN) – They were a generation of African-American players barred from competing in big league baseball because of the color of their skin.

But on Monday, players and owners from the Negro League met with President Barack Obama at the White House – a reflection, they said, of the important place the league holds in American history.
END_OF_DOCUMENT_TOKEN_TO_BE_REPLACED

FIRST ON CNN: FEC REPUBLICAN TELLS CNN OF NEW IRS LINKS… The vice chairman of the Federal Elections Commission told CNN on Monday he has seen numerous undisclosed e-mails between FEC staffers and the Internal Revenue Service that raise new questions about potential collusion between the two federal agencies in the alleged targeting of conservative political groups. – Dana Bash and Alan Silverleib

SOLD! AMAZON'S BEZOS BUYS WASHINGTON POST FOR $250 MILLION… The Washington Post Company announced Monday it was selling its newspaper business, including the flagship Washington Post, to Amazon.com founder Jeff Bezos for $250 million. Bezos is gaining control of the Post from the Graham family, which has led it for decades. – James O’Toole

END_OF_DOCUMENT_TOKEN_TO_BE_REPLACED

Washington (CNN) - The vice chairman of the Federal Election Commission told CNN on Monday he has seen numerous undisclosed e-mails between FEC staffers and the Internal Revenue Service that raise new questions about potential collusion between the two federal agencies in the alleged targeting of conservative political groups.

Don McGahn, a Republican FEC commissioner, said an investigator from his agency contacted Lois Lerner - the IRS employee at the center of the political storm now engulfing that agency - to discuss the status of one such conservative political advocacy group, the American Future Fund.

CNN and NBC, in separate statements, said they would move forward with the projects.
END_OF_DOCUMENT_TOKEN_TO_BE_REPLACED

Wendy Davis weighs in about her future

(CNN) – Texas state Sen. Wendy Davis said Monday with "absolute certainty" that she'll either run for her current seat again or run for governor next year.

But the Democrat essentially ruled out a different statewide bid, such as a U.S. Senate seat or the lieutenant governor's office.
END_OF_DOCUMENT_TOKEN_TO_BE_REPLACED

(CNN) – As Chelsea Clinton continues to emerge as a public advocate for children and women, she's still not ruling out a future run for office.

The daughter of former President Bill Clinton and former Secretary of State Hillary Clinton, Chelsea told CNN's Nima Elbagir in Rwanda that following in her parents' footsteps was still an option.
END_OF_DOCUMENT_TOKEN_TO_BE_REPLACED

(CNN) - Ted Cruz is heading back to Iowa. Again.

The Republican Party of Iowa announced Monday that the freshman U.S. senator from Texas will headline its annual Ronald Reagan Commemorative Dinner, scheduled this year on October 25th at the Iowa State Fairgrounds in Des Moines.
END_OF_DOCUMENT_TOKEN_TO_BE_REPLACED

Washington (CNN) – Several dozen town halls featuring Republican members of Congress will be one of the focuses this week for advocates pushing for comprehensive immigration reform, as well as those who will strongly fight to prevent it from passing the House this fall.

Proponents of an immigration overhaul got started in late July in pushing their message, even before the congressional recess officially started on Friday. Now these activists will be aggressively ramping up their efforts staging hundreds of events in the next month – from rallies to canvassing businesses to phone banking – with a focus on Republican members trying to push them and the public to support the issue.
END_OF_DOCUMENT_TOKEN_TO_BE_REPLACED

(CNN) - It looks like the heat's being turned up in a gubernatorial campaign that's already very hot.

The campaign of Virginia Attorney General and Republican gubernatorial nominee Ken Cuccinelli said Monday that it's going up with a new TV commercial titled "scandal" that slams Democratic rival Terry McAuliffe over federal investigations of an electric car company that McAuliffe co-founded.
END_OF_DOCUMENT_TOKEN_TO_BE_REPLACED