Hot or not: Your take on top politicians

Well, if you consider the low 50s as hot.
END_OF_DOCUMENT_TOKEN_TO_BE_REPLACED 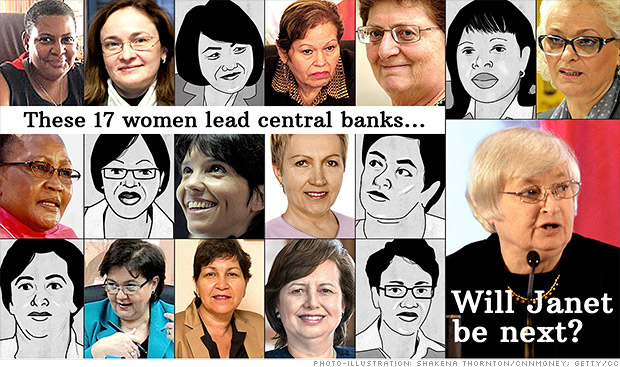 Only 17 of 177 central bank heads around the world are women. Female economists surveyed by CNNMoney would like to see Janet Yellen become number 18 .
August 5th, 2013
10:11 AM ET

Female economists: Pick Janet, but leave gender out of it!

New York (CNNMoney) - Janet Yellen is the best candidate to succeed Ben Bernanke as head of the Federal Reserve, and gender should have absolutely nothing to do with it. That's the overwhelming consensus from a CNNMoney survey of top female economists.

Last week, we sent a questionnaire to 100 female economists in academia and the private sector, several who have worked with Larry Summers and Yellen in the past. We asked them to choose: Which of these two top contenders is their preferred candidate for Federal Reserve chair?

(CNN) - It's one of the country's hallmark political slugfests. And on Saturday, Senate Minority Leader Mitch McConnell was dealt a large portion of the blows.

At Kentucky's annual Fancy Farm picnic, politicians from the state gather at the event hosted by St. Jerome's Catholic Church in Graves County, tucked away in the southwest corner of the Blue Grass State.
END_OF_DOCUMENT_TOKEN_TO_BE_REPLACED

Cairo (CNN) - In an attempt to break through the political impasse in Egypt, U.S. senators John McCain and Lindsay Graham are expected to arrive in Cairo on Monday to meet with Egypt's interim leaders.

(CNN) - This is the day San Diego Mayor Bob Filner enters a behavior counseling clinic for two weeks of what he describes as intensive therapy.

The 70-year-old is battling a tide of sexual harrassment allegations, and is hoping that voluntarily subjecting himself to the counseling will quell the mounting calls for his resignation. 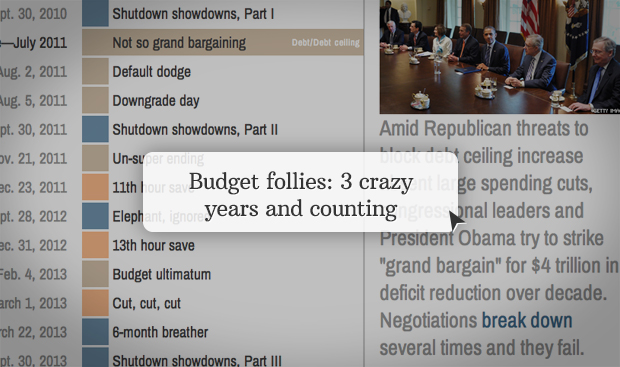 New York (CNNMoney) - When Congress returns from its five-week summer break in September, lawmakers will face some make-or-break fiscal issues that they have once again left to the last minute.

The stars seem aligned for an ugly fight over the federal budget, automatic spending cuts and the debt ceiling.

(CNN) - As Republicans retool their own 50-state strategy, a southern Democrat is on a mission to make his party competitive in the Deep South again, too.

Former Mississippi Gov. Ronnie Musgrove is launching a new political action committee today called the Southern Progress Fund that seeks to build a farm team of Democratic candidates. The organization will focus on statewide legislative and down-ballot races, which Musgrove argues are typically overlooked for bigger races, like senatorial and gubernatorial elections.
END_OF_DOCUMENT_TOKEN_TO_BE_REPLACED