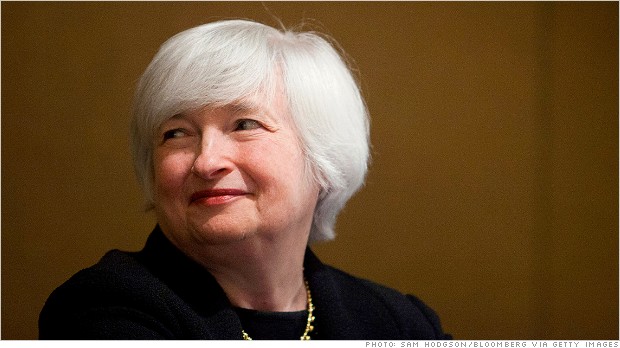 New York (CNNMoney) - Female economists aren't the only ones who want Janet Yellen to be the new Federal Reserve chair.

A CNNMoney survey of 21 economists - mostly male - showed lots of support for Yellen and virtually none for the other frontrunner, former Treasury Secretary Larry Summers. While gender was not a factor in the survey's recipients, only two of the respondents were women. A separate survey by CNNMoney that polled only female economists, showed overwhelming support for Yellen.