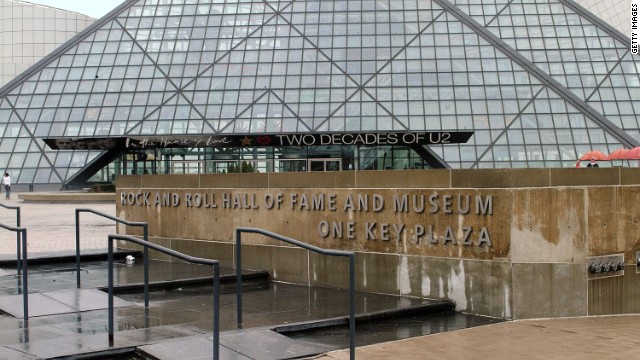 Rock and Roll: A bipartisan push for 'Yes'

(CNN) – Few things transcend traditional political boundaries quite like music. Now, a bipartisan group of political operators are putting their campaign expertise together, working towards the mutual goal of the progressive rock group "Yes" being named to the Rock and Roll Hall of Fame.

John Brabender was senior media strategist for Republican Rick Santorum's 2012 presidential campaign. Now, the chief creative officer at political consulting firm BrabenderCox is working with Tad Devine, an architect of Democrat John Kerry's 2004 presidential bid, along with other political operators on both sides of the spectrum, all in the name of getting the Hall of Fame to say "Yes."

"Their music is revered by many politicians. In fact, we were excited at how quickly the two political parties could put policy disputes aside for this common goal," Brabender said in a statement.

"Republicans and Democrats actually agree on something: that Yes is one of the most influential progressive rock bands ever – and ultimately ensure Yes gets rightful place in the Rock and Roll Hall of Fame."

Numerous groups like Led Zeppelin and Pearl Jam have cited Yes as influential on their music. Yes are known for hits like Roundabout, Fragile and I've Seen All Good People.

Operators are frequently at opposite ends of campaigns. But that "doesn't mean Democrats and Republicans don't have conversations about other things," BrabenderCox political strategist Hogan Gidley told CNN of the initial decision to pursue a bipartisan campaign for Yes.

"The more we talked to people, the more people were on board with the project."

According to Gidley, the Yes campaign will be run like a political operation, albeit one without the kind of opposition most operators are used to. Those involved with the campaign will be working on it out of pocket he said, "something to do," in the political off-season before the midterm Congressional campaign kicks off, he said.

It "fills a campaign void without being overly stressed."

"We are embarking on a national campaign to move numbers to Yes' favor," Devine said in a statement.

The campaign, called "Voices for Yes," will include a website, social media presence and a documentary. All are aimed at creating a grassroots momentum pushing for Yes' induction into the Hall of Fame.