Date night for the first couple

The traveling press pool reported the Obamas were dining at Rasika in the northwest section of the nation's capital.
END_OF_DOCUMENT_TOKEN_TO_BE_REPLACED 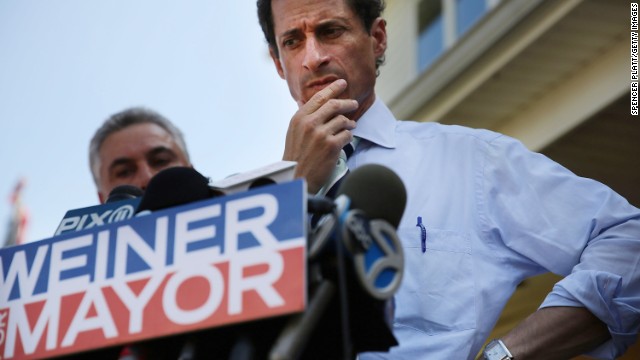 Weiner still toward back of pack, according to poll

(CNN) - Anthony Weiner, who once led the field of Democratic candidates for New York City mayor before the reemergence of a "sexting" scandal rocked his campaign, is currently in fourth place, a poll released Thursday showed.

The New York Times/Siena poll was the second survey showing the former congressman running behind three Democratic other hopefuls in the Big Apple. A Quinnipiac University poll released at the end of July also indicated Weiner had fallen in the aftermath of scandal.
END_OF_DOCUMENT_TOKEN_TO_BE_REPLACED

‘HOLDING MY NOSE’: SECRET TELEPHONE RECORDING ROILS MCCONNELL CAMPAIGN… Senate Minority Leader Mitch McConnell's campaign manager, Jesse Benton, stressed his loyalty to the Kentucky Republican Thursday just hours after a recording surfaced of Benton expressing half-hearted support for McConnell. “Between you and me I'm sort of holding my nose for two years, because what we're doing here is going to be a big benefit for Rand [Paul] in '16,” Benton said in the recording. “That's my long vision.” – Mark Preston and Peter Hamby

BAILOUT PROFIT? TAXPAYERS MAY SOON PROFIT ON FANNIE, FREDDIE BAILOUTS… The U.S. government rescued the two mortgage finance firms in September 2008. A recovery in housing has made Fannie and Freddie hugely profitable. And those profits flow to the U.S. Treasury. – Chris Isidore

END_OF_DOCUMENT_TOKEN_TO_BE_REPLACED

McCain: Russia has reset relations...back to 1955

The administration's hopes for a "reset" relationship with Russia have proved complicated and in some cases discouraging.

(CNN) – Sydney Leathers, the 23-year-old paralegal from Indiana who came forward about her ex-online relationship with Anthony Weiner, said in an interview published Thursday that she backs City Council Speaker Christie Quinn for mayor, not her former sexting partner.

"Obviously she doesn't have the impulse control problems that Anthony has," Leathers said in the interview with Complex, a men's lifestyle magazine.
END_OF_DOCUMENT_TOKEN_TO_BE_REPLACED 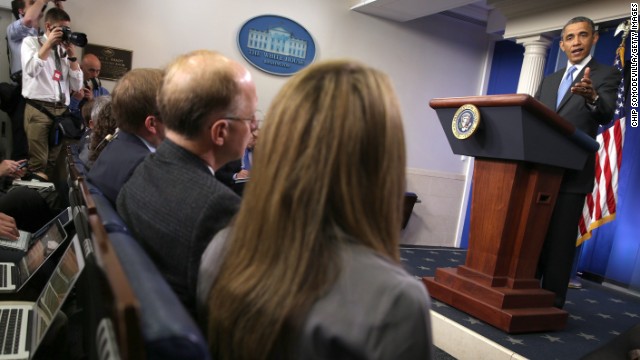 Washington (CNN) - President Barack Obama told reporters at the White House that he will hold a news conference on Friday.

Obama responded to a shouted question at an appearance on Thursday with the Greek prime minister that he would hold a news conference the next day.

Bill Clinton and Oprah among recipients of highest civilian award

(CNN) – On the fiftieth anniversary of the U.S. Presidential Medal of Freedom, President Barack Obama will award the honor to a group that includes former President Bill Clinton and Oprah Winfrey, the billionaire media mogul.

First established by President John F. Kennedy, the medals are the highest award given by the government to civilians. Clinton and Oprah are among the sixteen recipients of this year's awards that were announced by the White House on Thursday.
END_OF_DOCUMENT_TOKEN_TO_BE_REPLACED

After heart procedure, Bush gets call from Obama

(CNN) – President Barack Obama called his predecessor George W. Bush Wednesday to extend good wishes after the former president underwent a procedure to put a stent in an artery of his heart.

A release from Spitzer's campaign refers to the endorsements as coming from "prominent New York City pastors." It does not give a specific number of pastoral endorsements, saying only that there were dozens. The release specifically names 11 pastors.
END_OF_DOCUMENT_TOKEN_TO_BE_REPLACED