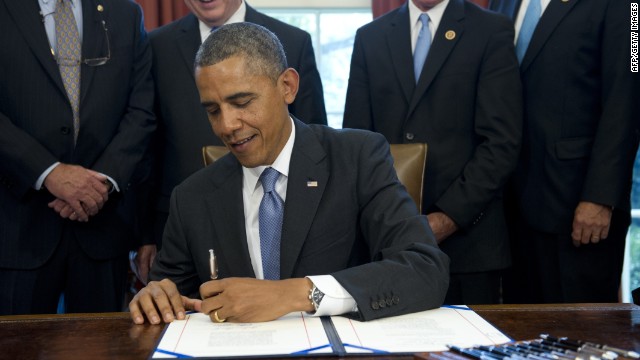 Obama and members of Congress have hailed the legislation, saying that it will save college students significant sums on their loans.

The long-term savings for students are less clear however. The legislation allows for rates to go up with increases in market rates, with the undergraduate rate capped at 8.25%.

Undergraduate rates had doubled from 3.4% to 6.8% July 1 after Congress failed to reach an initial deal. The House finally passed the new legislation 392 to 31 at the end of July after the Senate passed its version a week earlier. The new rates will apply retroactively to all loans taken out after July 1.