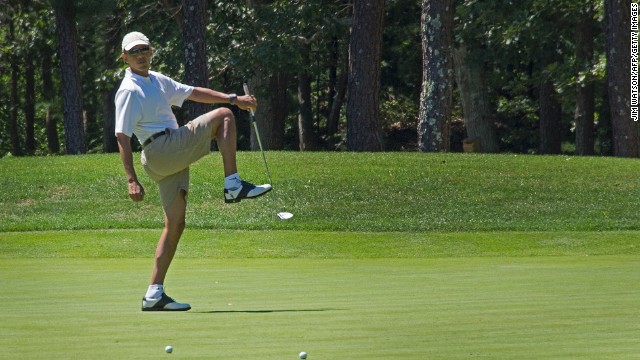 President Barack Obama headed to Farm Neck Golf Club, a public course situated on a peninsula jutting out from the northern part of the island.

The president arrived on the Vineyard Saturday with first lady Michelle Obama, and they plan to stay a week. The first family traveled to Martha's Vineyard in the summers of 2009, 2010 and 2011, though they didn't take the trip last year in the final months of the 2012 presidential campaign.

There are no public events on the president’s schedule during his stay on the island.