(CNN) – Anthony Weiner's top opponents for New York City's Democratic mayoral race each got a chance to address the former congressman in a major televised debate Tuesday night, but City Council Speaker Christine Quinn took more than one shot at the flagging candidate as the two engaged in heated exchanges throughout the night.

Two minutes deep into the five-candidate showdown, Weiner was already acknowledging and apologizing for his sexting scandal, but he urged voters to move beyond his "personal failings" and focus on the more substantive issues in the race.
END_OF_DOCUMENT_TOKEN_TO_BE_REPLACED

(CNN) - Newark Mayor Cory Booker will move on to New Jersey's special Senate election as the Democratic nominee after winning his party's primary on Tuesday.

He'll battle the GOP winner, former Bogota mayor Steve Lonegan, for the October 16 contest, though polls show Booker is already considered the favorite to win the seat and become the first African American elected to the Senate since Barack Obama.
END_OF_DOCUMENT_TOKEN_TO_BE_REPLACED

Washington (CNN) - Internships can be crucial career-builders. But what if you can't afford to work for free all summer?

Jessica Padron of Nevada may have found the solution.

Crossfire co-hosts Stephanie Cutter and S.E. Cupp got into a heated debate Tuesday over voting rights and a new voter ID law in North Carolina.

Hillary Clinton spokesman: No clue what Weiner was talking about

(CNN) - A spokesman for Hillary Clinton hit back at Anthony Weiner's suggestion that he's familiar with the former secretary of state's plans for 2016 and how his wife will fit into those plans.

"We have absolutely no clue what he was talking about. Maybe his campaign does. Doubt it though," Nick Merrill, a spokesman for Clinton, said in a statement.
END_OF_DOCUMENT_TOKEN_TO_BE_REPLACED

Paul happy with Palin praise; stays out of Cruz debate

In an interview on CNN's "Erin Burnett OutFront," Paul also said Tuesday he plans to stay out of the debate over whether his fellow Republican colleague Sen. Ted Cruz would be eligible to run for president.
END_OF_DOCUMENT_TOKEN_TO_BE_REPLACED

Washington (CNN) - In a fresh effort to present a more diverse tableau to the American voter, the Republican National Committee is rolling out a "Rising Stars" initiative this week in Boston, the site of the party's summer meeting.

The aim of the program, a party official said, is to leverage the party's resources and national media connections to highlight Republican candidates, elected officials, writers and activists who rarely surface in the national political conversation.
END_OF_DOCUMENT_TOKEN_TO_BE_REPLACED 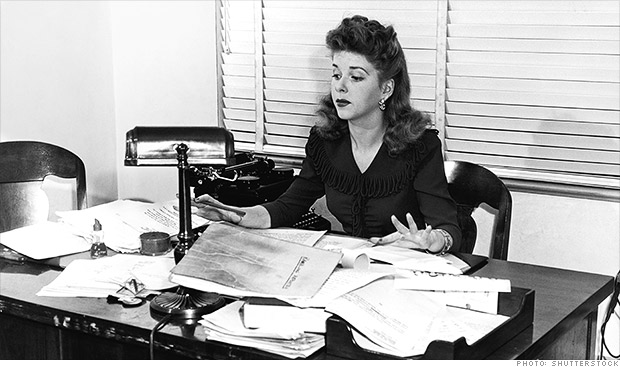 ALL EYES ON ISRAEL: Israel began releasing more than two dozen Palestinian prisoners late Tuesday, a gesture on the eve of new peace talks that have been complicated by plans for new Israeli housing in East Jerusalem.

Israeli officials approved the release of 26 Palestinian prisoners ahead of the Wednesday talks. The move came after Israel said it would forge ahead with a plan to build 900 housing units in East Jerusalem, which the Palestinians hope will be the capital of their future state. Israeli and Palestinian negotiators are set to resume long-stalled direct talks on Wednesday. – Samira Said

WEINER WHO? Bill de Blasio leads the most recent poll in the New York City mayor’s race with 30% of the Democratic electorate. The Quinnipiac University Polling Institute poll finds 24 percent of likely Democratic voters support City Council Speaker Christine Quinn, while 22 percent support former Comptroller William Thompson. Former Rep. Anthony Weiner, whose run has dominated attention on the race, is in fourth at 10 percent. Voters go to the polls in four weeks for each party primary.

END_OF_DOCUMENT_TOKEN_TO_BE_REPLACED

Updated 8/13/2013 at 5:22pm
(CNN) - The day after North Carolina's Republican Gov. Pat McCrory signed a controversial voter ID bill into law, one of the U.S. senators from his state is seeking to challenge it.

In a letter to Attorney General Eric Holder, Democratic Sen. Kay Hagan asked that the Justice Department look into the law she worried would "restrict the ability of minorities, seniors, students, the disabled, and low and middle income citizens to exercise their constitutional right to vote," she wrote.
END_OF_DOCUMENT_TOKEN_TO_BE_REPLACED

According to the Quinnipiac University poll released Tuesday, de Blasio has the support of 30% of likely primary voters, with City Council Speaker Christine Quinn–the former frontrunner–falling behind with 24% and former Comptroller Bill Thompson taking in 22% just four weeks before the September 10 primary.
END_OF_DOCUMENT_TOKEN_TO_BE_REPLACED