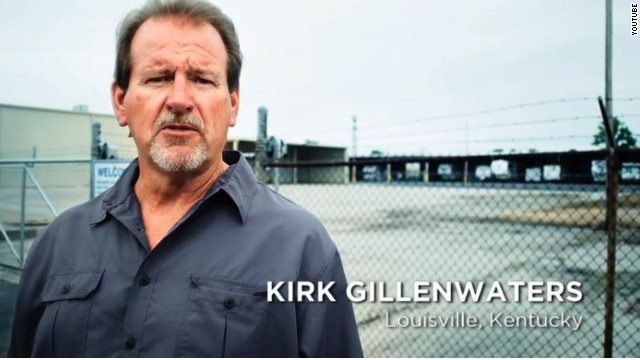 The 30-second spot features Kirk Gillenwaters, who says he started working at the Ford plant in Louisville when he was 18.

"We work hard for these companies, and we're promised a secure retirement in return," Gillenwaters says. "Our pensions are being cut, and we need Social Security."

Amid negotiations in recent fiscal battles, McConnell has sided with many in his party in calling for structural reform of Social Security and Medicare.

Democrats see those changes as potential cuts to the programs, whereas Republicans consider them adjustments that will make the programs more sustainable.

The ad from the Progressive Change Campaign Committee will run into next week on Louisville broadcast. The group says it spent $21,000 on the initial buy, adding to the $100,000 it has already spent against McConnell in Kentucky.

PCCC aggressively targeted the senator during the gun control debate earlier this year.

"After 30 years in the Senate, Mitch McConnell is woefully out of step with what Kentuckians want. Our ad shows why Kentucky families favor expanding Social Security benefits by two to one, and holds Mitch McConnell accountable for wanting to cut those vital benefits," Adam Green, the group's co-founder, said in a statement.

With a Republican primary opponent and an announced Democratic opponent, McConnell has been forced to play defense much earlier than many incumbents for 2014 midterm elections.