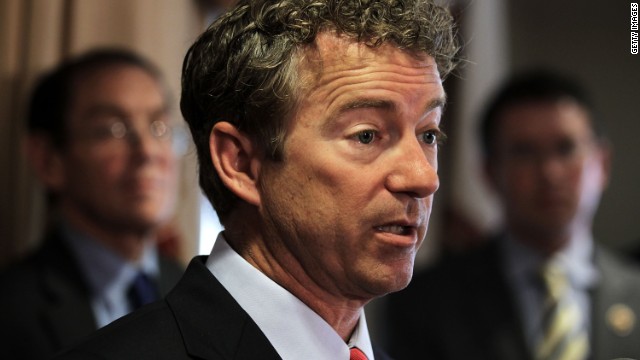 Boston (CNN) - A top adviser to Rand Paul fired back at Chris Christie on Thursday after the New Jersey governor urged Republicans to focus their energies on winning elections instead of squabbling over ideology.

"So if I translate Gov. Christie correctly, we shouldn't be the party of ideas," Paul adviser Doug Stafford told CNN in an email. "We shouldn't care what we stand for or even if we stand for anything. We reject that idea. Content-free so-called 'pragmatism' is the problem, not the solution."

While Christie did not refer to Paul by name in his speech to a Republican National Committee meeting in Boston, he chided members of his party who talk like "college professors" and "spout out ideas that nobody does anything about."

"We are not a debating society," Christie told the RNC luncheon. "We are a political operation that needs to win."

Christie's remarks called to mind his recent dismissals of Paul and his libertarian-leaning supporters as "intellectual" and "esoteric," and were interpreted by many Republicans here as his latest not-so-subtle criticism of the Kentucky senator, a potential rival for the 2016 presidential nomination.