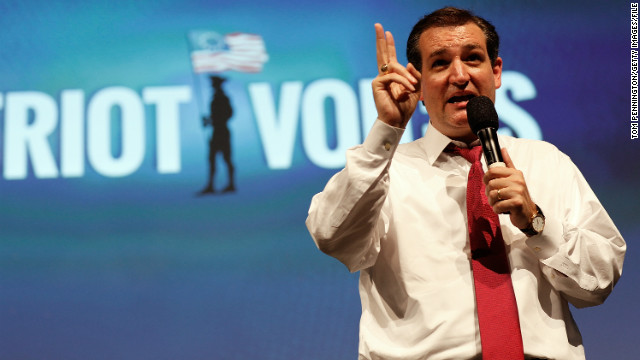 O Canada: Cruz likely still a Canadian, if he ever was

(CNN) – Sen. Ted Cruz, whether he likes it or not, is likely still a Canadian citizen.

While the Texas Republican - who legal experts suggested holds a dual U.S.-Canada citizenship - wrote in a statement Monday he was forsaking any Canadian citizenship derived from having been born in the country, the legal steps are more complex than simply a declaration of renunciation.

The website of Canada's citizenship and immigration agency lists several criteria for renouncing citizenship, all of which Cruz appears to meet. He'll need to first prove he's a Canadian citizen at all – a fact legal experts told the Dallas Morning News on Sunday was likely, since Cruz was born in Canada.

The senator will next need to prove he's a citizen of another country – in Cruz's case, the United States, where his mother was born.

He can't live in Canada (Cruz and his family live in Houston) and must be over 18. It's unlikely Canadian officials will find Cruz to be a threat to the nation's security, and Cruz shouldn't have trouble proving he understands the significance of renouncing his Canadian citizenship.

After those boxes are checked, Cruz will need to fill out a four-page application and pay 100 Canadian dollars to officially end his dual citizenship with America's neighbor to the north.

The outspoken lawmaker – who many consider a potential candidate for the 2016 GOP presidential nomination – said Monday he wanted to end any Canadian citizenship he may hold.

"Nothing against Canada, but I'm an American by birth, and as a U.S. Senator, I believe I should be only an American," he wrote, adding he wasn't even aware he was a dual citizen until the subject was brought up over the weekend.