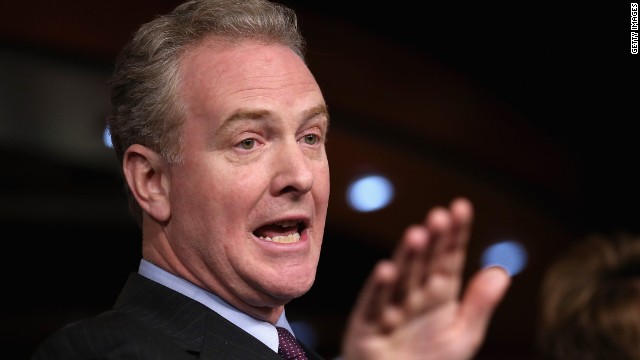 The difference comes down to two words: 'exclusively' and 'primarily.'

The federal tax code states that a 501(c)(4) group is tax-exempt if the non-profit is operated "exclusively" to promote social welfare.

But to meet the IRS requirements, a social welfare organization must operate "primarily" to further the general welfare of a community. In other words, a group can participate in political advocacy, as long as its "primary" work benefits a larger group of people.

The lawsuit seeks to amend IRS regulations so that 501(c)(4) status applies only to groups that work "exclusively" on social welfare.

The wording in IRS regulations has caused confusion amid the recent scandal in which the IRS admitted to applying extra scrutiny to 501(c)(4) groups with names tied to political activism. The controversy sparked numerous congressional hearings and a change in management at the agency.

While conservative groups with the names "tea party" and "patriot" were initially revealed as some of the targeted organizations, the IRS inspector general later said that groups with the word "progressive"–a common name found in liberal organizations–were also on a list of criteria for extra scrutiny.

Van Hollen, the ranking member on the House Budget Committee, filed the suit against the Treasury Department and the IRS. Other plaintiffs in the suit include Democracy 21, Campaign Legal Center and Public Citizen.

According to the Center for Responsive Politics, about 152 social welfare groups spent $256 million in the 2012 presidential cycle, roughly 20% of the total amount of outside spending on elections held that year.

The conservative group Crossroads GPS and the liberal group Priorities USA are both examples of 501(c)(4) organizations that spent heavily in the last election cycle. Social welfare groups do not have to disclose their donors.

Other groups lumped under the category of outside spending include super PACs (which spent the most at $609 million), trade associations, unions and parties.

On a conference call with reporters, Van Hollen argued political groups who want to take part in campaign and election activity can obtain tax exempt status under Section 527 of the tax code. Unlike 501(C)(4) groups, however, Section 527 groups–such as political action committees and super PACS–must disclose their donors.

Asked on the call whether he thinks Organizing for Action, the 501(c)(4) group that promotes the president's agenda in office, should be considered more of a political (527) group than a social welfare organization, Van Hollen noted that he's referring to political activity in which groups "spend money directly in an election to try to elect or defeat a candidate for federal office." OFA, on the other hand, works to educate voters on issues important to the president.

However, Fred Wertheimer, founder and president of Democracy 21, said on the call his group will be actively watching to see if OFA gets politically involved in 2014 midterm elections.

Van Hollen added that a more set-in-stone definition should be applied to IRS regulations on the meaning of "political activity."

In fact, the IRS and the Treasury began in May talking about possible changes on how to measure "primary" activity by social welfare groups, including clarification on the definition of "political campaign intervention."

However, final guidelines have not been published.

For the lawsuit, the plaintiffs' attorneys filed the legal challenge in the U.S. District Court for the District of Columbia, with Scott Nelson of Public Citizen serving as lead attorney.

Democracy 21 and the Campaign Legal Center petitioned the IRS more than two years ago for a review of the regulations, and Citizens for Responsibility and Ethics in Washington (CREW) filed a similar suit in May.