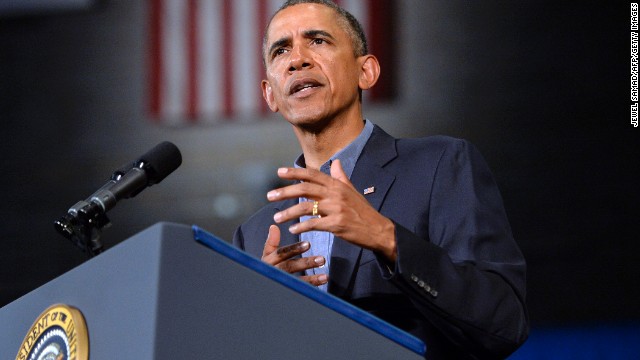 (CNN) – President Barack Obama argued Friday that the amount of time it takes to obtain a law degree should be shortened as a way for students to save money.

"This is probably controversial to say but what the heck? I am in my second term so I can say it," the president told an audience at Binghamton University in New York. "Law schools would probably be wise to think about being two years instead of three years."

The Harvard law grad and former law school professor said students would be better off clerking or practicing in a firm in their third year, even if it meant working at low wages.

"Now, the question is can law students, can law schools maintain quality and keep good professors and sustain themselves without that third year? My suspicion is that if they thought creatively about it, they probably could," he said.

The president was in New York on the second day of his two-day bus tour Friday to promote his plan to make college more affordable. He later speaks at an event in Scranton, Pennsylvania with Vice President Joe Biden.

"Sometimes when I talk to college professors and keep in mind I taught in a law school for ten years so I am very sympathetic to whether the spirit of inquiry and the importance of not just looking at X's and O's and numbers when it comes to measuring colleges. But what I also know is that there are ways we can save money that would not diminish quality," he said.

Obama also reiterated that he favors the idea of students obtaining their undergraduate degrees in less than four years.

Binghamton University is part of the State University of New York system.