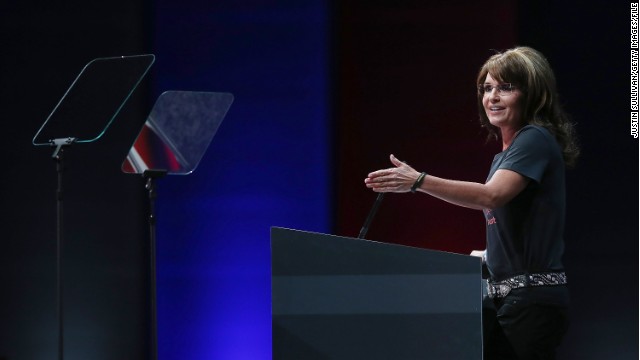 The former Alaska governor and one-time GOP vice presidential nominee said she was signing on to a petition launched by conservative U.S. senators who say they won't support any measure funding the federal government that includes support for Obamacare.

"Those in the Senate and those seeking to serve there must stand strong against this devastating program before it reveals its true face now recognized by both sides of the aisle as the bureaucratic and economic beast that will deny our families, our businesses, and our sick the ability to access health care," Palin said in a statement distributed by the Senate Conservatives Fund, a grassroots group that is urging lawmakers to sign onto the plan.

Palin said she was signing onto a petition from the group for the defund Obamacare effort. Backed by Senators Ted Cruz of Texas, Mike Lee of Utah, and Marco Rubio of Florida, the effort presses Republican lawmakers to pledge their opposition to any government funding measure that also funds the Affordable Care Act.

"The time for rhetoric and ceremonial votes in Congress is over. The time to take serious action to stop Obamacare is now," Palin wrote.

Many Republicans oppose the tactic, saying even the threat of a government shutdown could alienate voters who are tired of partisan bickering over the nation's finances.

Cruz, in an interview last week with CNN chief political correspondent Candy Crowley, conceded the votes weren't there yet for the plan to succeed. But he predicted a "grassroots tsunami" would lift the plan in the next month.

Palin, who in 2009 stepped down as Alaska governor in the middle of her term, currently acts as a commentator on the Fox News Channel. She told CNN earlier this summer she would definitely hit the campaign trail for fellow Republicans next year.

"Time's-a-wasting. Things are moving really quickly and if we don't get out there and defend this republic then America will be transformed into something we do not recognize," she told CNN.