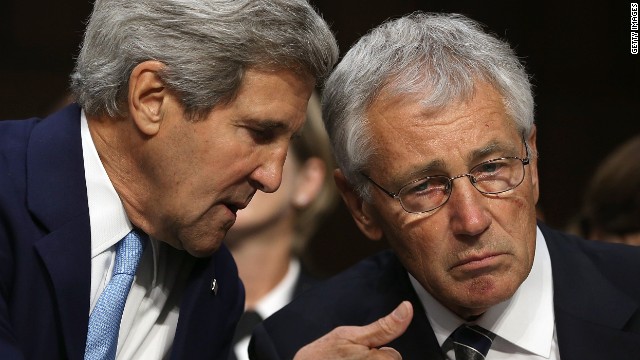 Hagel took it on the chin this weekend

According to an aide, “Secretary Hagel slightly bruised his chin while doing a little yard work at home over the weekend.”