Washington (CNN) - Even if the Senate backs President Barack Obama's call for military action against Syria, a wall of outright opposition or skepticism from Democrats and Republicans in the House makes approval there very difficult.

House Speaker John Boehner, who backs Obama on the issue, welcomed news on Friday that the president would deliver a national address on Tuesday to try to sway public opinion, which now opposes such a step.

OBAMA NON-COMMITTAL ON ACTION WITHOUT CONGRESS:

CNN’S BRIANNA KEILAR AT AN OBAMA PRESS CONFERENCE IN RUSSIA: What if the Senate votes yes and the House votes no - it’s go ahead with the strike?

OBAMA: “Brianna, I think it would be a mistake for me to jump the gun and speculate, because right now I’m working to get as much support as possible out of Congress.” …

ABC’S JONATHAN KARL: “I still haven’t heard a direct response to Brianna’s question - if Congress fails to authorize this, will you go forward with an attack on Syria?

OBAMA: “You’re not getting a direct response. Brianna asked the question very well. Did you think that I was going to give you a different answer? No.”

AT ODDS: PUTIN AND OBAMA MEET, BUT NO PROGRESS MADE ON SYRIA… President Barack Obama described his 20 minute exchange with Russian President Vladimir Putin as “candid, constructive” but noted that they do not agree on Syria. Putin gave reporters a similar account, adding, “He doesn't agree with me. I don't agree with him, but we listened to each other.” – Laura Smith-Spark, Elise Labott and Saad Abedine

END_OF_DOCUMENT_TOKEN_TO_BE_REPLACED

5.5 reasons why Tuesday will be crazy busy

(CNN) - It looks like Tuesday is going to be wild.

(CNN) - The Internal Revenue Service released a new parody video to Congress on Friday, this time in the styling of Donald Trump's "The Apprentice."

The four-minute video was made for a 2011 Small Business/Self-Employed Division conference and cost $10,000 to produce. The IRS this year came under scrutiny for wasteful spending at conferences, including money spent on other training videos.
END_OF_DOCUMENT_TOKEN_TO_BE_REPLACED

Sessions: Assad would have feared Bush

(CNN) – Sen. Jeff Sessions – a Republican who has yet to say whether he'll approve President Barack Obama's plan for military strikes in Syria – said at a town hall Friday that the situation in the conflict-torn nation would be far different if George W. Bush was still in the White House.

Speaking to tea party activists outside Montgomery, Sessions said Syrian leader Bashar al-Assad would have heeded calls from the former Republican commander-in-chief to not use chemical weapons on his people.
END_OF_DOCUMENT_TOKEN_TO_BE_REPLACED

Reid: Getting 60 votes for Syria resolution is 'a work in progress'

Washington (CNN) - Getting at least 60 U.S. senators to support a military authorization against Syria is "a work in progress," Senate Majority Leader Harry Reid acknowledged Friday while expressing optimism he would be able to reach that goal.

"I think we're going to get to 60 votes. You know it's a work in progress," Reid told reporters as he stepped off the Senate floor after formally filing the measure and readying it for expected votes next week.
END_OF_DOCUMENT_TOKEN_TO_BE_REPLACED 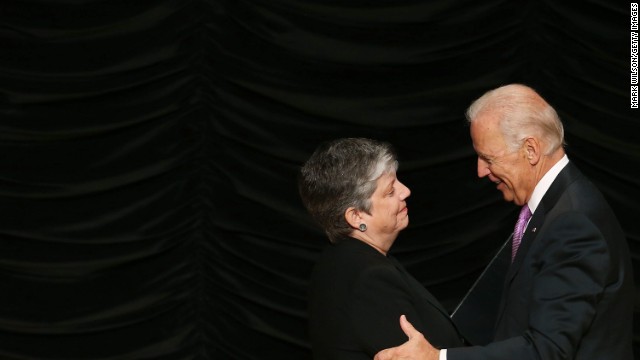 "I think Janet Napolitano should be on the Supreme Court of the United States," he said Friday morning at her going away ceremony.
END_OF_DOCUMENT_TOKEN_TO_BE_REPLACED

As Syria point man, Kerry out on limb but loving it

Washington (CNN) - On Thursday night last week, John Kerry got a call from the White House. He had already spoken out Monday about what he said was "undeniable" evidence Syrian President Bashar al-Assad gassed his people. Now he was being asked to make a speech Friday afternoon laying out the case the United States had against the Assad regime and the importance of taking action to prevent him from doing it again.

In forceful and emotional remarks, drafted overnight by his staff and President Obama's White House aides, Kerry laid out the U.S. intelligence against Assad and made the case for urgent U.S. action.

On Syria, Obama to take outreach to the public

(CNN) - President Barack Obama will take his case for a military attack on Syria directly to the American people in a nationwide address Tuesday, he told reporters in Russia at the conclusion of the G20 summit.

“I will continue to consult with Congress. And I will make best case that I can to the American people as well as to the international community for taking necessary and appropriate action," he said at a press conference. 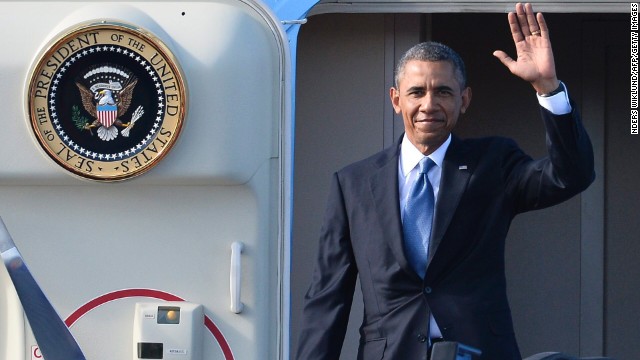 (CNN) - President Barack Obama will address the American public on Tuesday from the White House about his proposal to take military action in Syria, he announced Friday at the G20 in St. Petersburg, Russia.