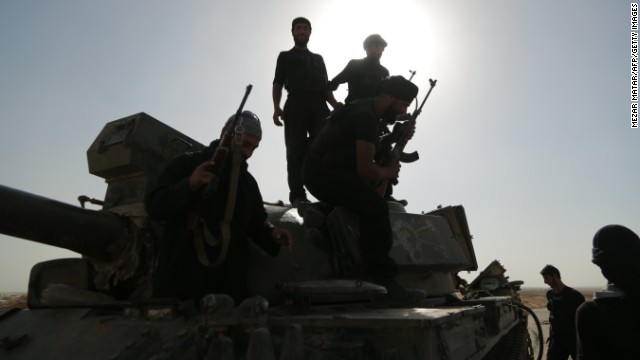 The term has been front and center in countless headlines the past couple of weeks.

And a new national poll provides a new measure of just how tired of war Americans have become after more than a decade of conflict in Afghanistan and Iraq.

According to a CNN/ORC International survey released Monday, nearly two-thirds of the public now say that the U.S. should be very reluctant to use military force around the world, with only 34% saying the U.S. should be ready and willing to do so.

In October, 2002, in the middle of congressional debate on launching military action in Iraq roughly a year after 9/11 terror attacks, nearly six in ten said that the U.S. should be ready and willing to use military force and only 38% said it should be reluctant. As late as two years ago, the public was divided pretty evenly on that question.

"There are currently no major demographic divisions on the question - men, women, old, young, rich, poor, Republicans and Democrats - all say that the U.S. should be very reluctant to use military force," says CNN Polling Director Keating Holland. "Republicans remain slightly more likely than Democrats to approve of military force, but even among the GOP, a majority say the country should be very reluctant to do so."

The poll's release comes as the president sits down for interviews with the country's major broadcast and cable news networks, including CNN. He is pushing for congressional authorization for U.S. military action to punish the regime of Syrian President Bashar al-Assad for allegedly using chemical weapons against its own citizens. And the survey comes one day before Obama gives a prime time speech to make his case against Syria,

The poll was conducted for CNN by ORC International September 6-8, with 1,022 adult Americans questioned by telephone. The survey's overall sampling error is plus or minus three percentage points.