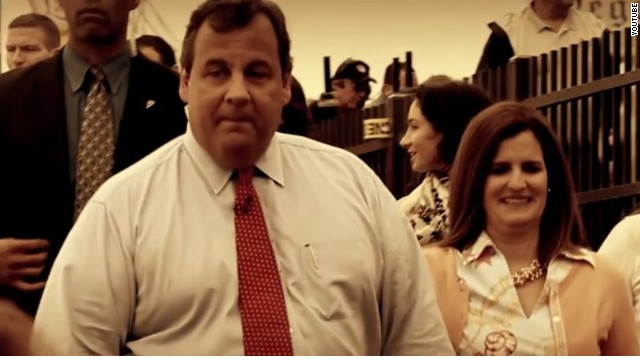 "They said it couldn't be done. New Jersey was too broken, too partisan. But they never met Chris Christie," the narrators says, also pointing to some of his budgetary and legislative accomplishments. New Jersey has a Democratic-controlled legislature.

The new ad also points out Christie's role in the aftermath of Superstorm Sandy, which slammed into the state in October and caused $39 billion in damage.

With just under two months before Election Day, Christie is running for a second term against Democratic State Sen. Barbara Buono.

The new 30-second spot will run for 10 days in the Philadelphia and New York City markets and on statewide cable in a $1.5 million ad buy, according to the campaign.

Christie so far enjoys a comfortable lead over his Democratic opponent, though the gap has narrowed slightly in the polls this summer. According to a Fairleigh Dickinson University’s PublicMind survey releaesd at the end of August, the incumbent governor has the support of 50% of all registered voters, while Buono comes in with 26%.

His 50% mark was down seven percentage points from when the same survey was conducted in mid-June.

Christie's trying to score an impressive re-election victory with the support of not only Republicans but also Democratic and independent voters. His 2013 re-election bid is also increasingly seen as a testing ground or launching pad for a possible 2016 bid for the White House.

The Buono campaign was quick to respond to the release of the Christie commercial. In a release that attacked Christie's record on creating jobs, taxes, and education, a statement went on to say that "this ad only proves that the Real Housewives of New Jersey have a better handle on the economy than the Governor."