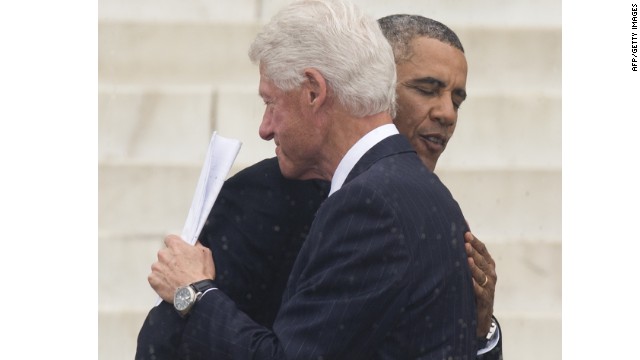 White House spokesman Jay Carney told reporters during the Obama administration's daily briefing that the president and former president "will engage in a conversation about the benefits and future of healthcare reform in America and access to quality healthcare around the globe," Carney said. The conversation will take place during next Tuesday's meeting of the Clinton Global Initiative in New York.

Obama will be in New York participating in the United Nations summit.

Clinton appears to have become Obama's unofficial "secretary of explaining stuff," including the benefits of the controversial health care law. Clinton made the case for the Affordable Care Act, better known as Obamacare, at a speech at his presidential library in Arkansas earlier this month.

The public conversation comes as congressional Republicans make a new push to defund Obamacare before the law's state healthcare exchanges go online next month. The GOP is attempting to push a continuing resolution that would fund the rest of the government while defunding Obamacare, which Democrats categorically oppose. The Republican move could result in a shutdown of the federal government if a deal is not reached this week or next.

–CNN's Kevin Liptak and Bryan Koenig contributed to this report