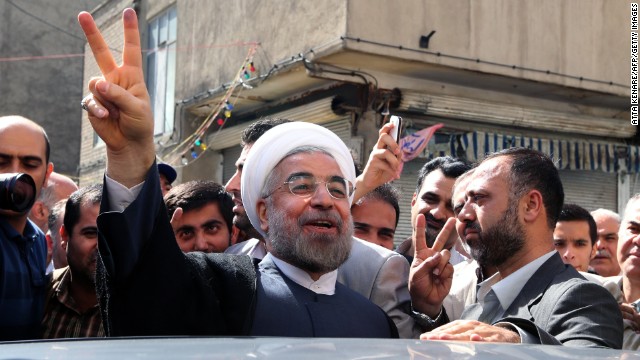 SHOWDOWN ON SHUTDOWN: HOUSE GOP LAUNCHES VOTES TO DEFUND OBAMACARE (AGAIN), SETS UP A BATTLE WITH SENATE… By a 230-189 vote almost strictly on party lines, the House passed a short-term government spending plan that would eliminate all funding for Obamacare. The measure now goes to the Democratic-led Senate, which is certain to reject the provision that defunds President Barack Obama's signature legislative achievement of his first term. – Tom Cohen

BEYOND THE PARTY LINE: Rep. Scott Rigell of Virginia was the only Republican to vote against the stop gap budget. President Barack Obama won Rigell's district - which includes Virginia Beach - with 50% of the vote in 2008 and 2012. Rigell won his own 2012 race handily – 54% to 46%.

Two Democrats joined Republicans in voting to defund Obamacare: Jim Matheson of Utah and Mike McIntyre of North Carolina. Both Matheson and McIntyre's districts are overwhelmingly Republican and supported Mitt Romney in the 2012 election. McIntyre, however, won his own seat with by just over 600 votes, in a 50% – 50% contest. And Matheson won his seat 49% -48%.

RED STATE DEMOCRATS TAUNTED: With a cheering Republican cohort behind him, House Majority Leader Eric Cantor called out vulnerable Democratic senators in red states who are up for reelection in 2014. “I want to know where Senator Pryor stands on protecting the middle class from the consequences of this horrific bill,” Cantor said. “How about Kay Hagan in North Carolina? Does she understand the consequences that Obamacare is having in her state? What about Mary Landrieu of Louisiana? Obamacare is also hurting her hardworking taxpayers in that state. … And finally what about Mark Begich of Alaska?”

SENATE STANDS FIRM: “I have said it before but it seems to bear repeating: the Senate will not pass any bill that defunds or delays Obamacare,” Senate Majority Leader Harry Reid says in a written statement.

TRAIL TRIVIA
(Answer below)
President Barack Obama visited a Ford plant in Kansas City, Missouri today. Who is the only president from The Show-Me State?

Another day and another foreign president is using the opinion page of a legacy U.S. newspaper to reach out to the American people (Wolf Blizter described it as the “hottest tool in international diplomacy right now”.)

The Washington Post published an opinion piece in Friday’s paper from Iranian President Hassan Rouhani, where the head-of-state took a willing-to-work-with-you tone.

"We must work together to end the unhealthy rivalries and interferences that fuel violence and drive us apart," Rouhani wrote. "To move beyond impasses... we need to aim higher. Rather than focusing on how to prevent things from getting worse, we need to think - and talk - about how to make things better."

Although the tone is a noticeable departure from Rouhani's predecessor Mahmoud Ahmadinejad, whose bellicose rhetoric against the United States and Israel became his signature, it shouldn't come as a complete shock. In the last month, Rouhani has signaled a departure from Ahmadinejad.

Here are a few examples:

– "We have time and again said that, under no circumstances, would we seek any weapons of mass destruction, including nuclear weapons. Nor will we ever," Rouhani told NBC this week.

– The White House suggested on Thursday that Obama and Rouhani could meet at next week's United Nations. The meeting would be historic - no president has met with an Iranian head of state since Jimmy Carter in 1977.

– Rouhani marked a sharp shift from his Holocaust-denying predecessor when he wished "all Jews" a "blessed Rosh Hashanah" on his English-language Twitter account earlier this month.

Now is Rouhani going to turn Iran into a pro-United States ally in the Middle East? No. And despite his Rosh Hashanah tweet, his statements against Israel are likely distressing to the countries Western allies.

"One should not be taken in by Rouhani’s deceptive words," said a statement from the prime minister of Israel's office.

CNN's Christiane Amanpour will interview the Iranian president next week.

Leading HuffPo: Rollie Chance, Wrongly Suspected Navy Yard Shooter: I Thought 'This Must Be A Joke'
The 50-year-old retired chief petty officer with the U.S. Navy was briefly identified as the Washington Navy Yard shooter that morning, only to have the news organizations circulating his name hastily retract their reports. What ensued was a life-altering swirl of events and emotions that will forever change his life, especially because the 12 people who were killed that day - by the gunman Aaron Alexis, not him - included former colleagues and friends. – Sam Stein

Leading Politico: House immigration group loses more Republicans
Two House Republicans who had been trying to craft a comprehensive immigration package said Friday they were dropping of bipartisan negotiations. In a joint statement, Texas Republican Reps. John Carter and Sam Johnson said that they had “reached a tipping point” in the talks and “can no longer continue” working on a “broad approach” to a rewrite of the nation’s immigration laws. – Seung Min Kim

Leading The New York Times: House Passes Spending Bill That Would Cut Health Funds
In a 230-to-189 vote, Republicans passed a stopgap spending bill that would strip all funding for President Obama’s health care law, setting up a fiscal showdown. – Jonathan Weisman and Ashley Parker

- Democrats: Where are the Republicans? -
DEMOCRATIC REP. MICHELLE LUJAN GRISHAM OF NEW MEXICO IN A WRITTEN PRESS RELEASE: “It’s official: House Republicans have become a wholly owned subsidiary of the Tea Party. Their threat to shut down the government unless we prevent uninsured Americans from getting the coverage they need under the Affordable Care Act is absolutely irresponsible and is an abdication of their responsibility as elected representatives.”

- Cruz on House vote: The fight… is just beginning -
REPUBLICAN SEN. TED CRUZ OF TEXAS IN A WRITTEN PRESS RELEASE: “Now is a time for party unity; Senate Republicans should stand side-by-side with courageous House Republicans. The fight to save America from Obamacare is just beginning — it may well go back and forth from the House and Senate several times — and a united Republican front means that Harry Reid and the President cannot ignore the American people.”

Rep. Steve Stockman (@SteveWorks4You)
I'm only member of this Congress who lost seat after 95/96 shutdown. Shutdown had nothing to do w/ losses. Most were in majority D districts

Logan Dobson (@LoganDobson)
In the 1996 elections, the first held after the 95/96 government shutdown, the GOP lost 3 seats in the House and gained 2 in the Senate.

David Axelrod (@davidaxelrod)
House Rs proudly rallying behind big principle: making sure fewer Americans have health coverage and those who do get less for their money.

Chris Moody (@Chris_Moody)
How the Obama Administration is planning to get young people to buy into Obamacare: Target their moms. http://yhoo.it/1a9Qyhn

Rebecca Sinderbrand (@sinderbrand)
RT @IsaacDovere: Biden, in Mexico: "this is somewhat chauvinistic and I apologize for it, but you're used to chauvinistic Americans."

Ethan Klapper (@ethanklapper)
Obama says he has a 2008 Ford Escape with only 2,000 miles on it because he got USSS protection 2 months after he got the car

The Show-Me State of Missouri has a number of notable residents: Walter Cronkite, T.S. Eliot, Dick Van Dyke, to name a few.

And one former president.

President Harry S. Truman was born in 1884 at a house in Lamar, Missouri. Truman was the oldest child in a farming family that moved around the state when the future president was young.

The family settled in Independence, Missouri - where the Harry S. Truman Library and Museum is now located.

Obama travelled to Missouri on Friday to herald the economic decision his administration made nearly four years ago to aid the struggling auto industry.