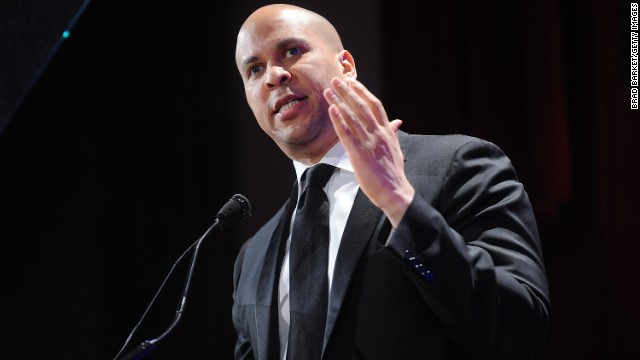 Washington (CNN) - The special Senate race in New Jersey is getting tighter, but Democratic nominee Cory Booker still leads his GOP opponent, according to a new poll released Tuesday.

And a separate poll indicates Booker has an even wider lead over former Bogota Mayor Steve Lonegan, with less than a month to go before the October 16 special election.

A Quinnipiac University survey shows Booker ahead of Lonegan, 53%-41%, among likely voters. The 12 percentage point difference is narrower than Quinnipaic's poll last month, when Booker had a 54%-29% advantage over Lonegan among registered voters. That poll, however, was taken shortly before the primary and before the candidates became their respective parties' nominees.

While each candidate has the overwhelming support of their respective parties in the new poll, the vote among independents is more divided, with 47% for Booker and 44% for Lonegan.

American Commitment released a new online ad Tuesday with a $20,000 buy that highlights Lonegan's background. According to the ad, Lonegan managed to find success as a businessman "because of the free market economy, because of an opportunity given by business, not by government."

On Tuesday, Massachusetts Gov. Deval Patrick will hit the campaign trail in New Jersey for Booker.

Maurice Carroll, director of the Quinnipiac University Polling Institute, argued the slimmer gap between Booker and Lonegan could be due to news of increased crime in Newark, as well as Lonegan's accusations that Booker is too preoccupied with his celebrity status.

"Maybe that 'show horse vs. work horse' charge from Republican Steve Lonegan is having an impact," Carroll said.

Another survey, the Stockton Polling Institute poll, shows Booker has a 26 percentage point lead over Lonegan, 58%-32%, among likely voters.

The two candidates are vying to replace the late Democratic Sen. Frank Lautenberg, who passed away in June.

The Quinnipiac survey was conducted with 948 New Jersey likely voters over the phone from September 19-22. The poll has a sampling error of plus or minus 3.2 percentage points.

The Stockton Polling Institute surveyed 812 likely voters in the state over the phone from September 15-21, with a sampling error of plus or minus 3.4 percentage points.