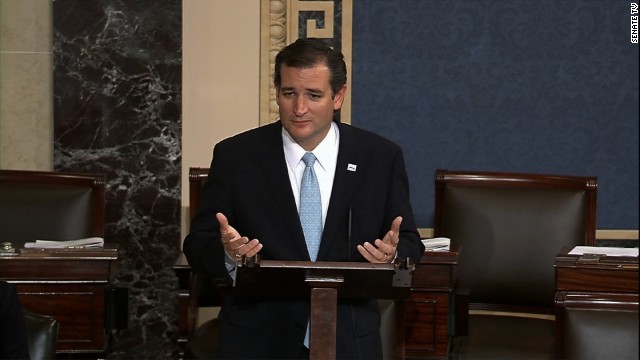 Anatomy of very long speech: How Ted Cruz did it

Washington (CNN) - The critical moment for Sen. Ted Cruz and his allies came around 7 p.m. on Tuesday night.

The Texas Republican's suit was still crisp, despite more than four hours into what would become a rhetorical marathon of more than 21 hours on the Senate floor aimed at derailing Obamacare