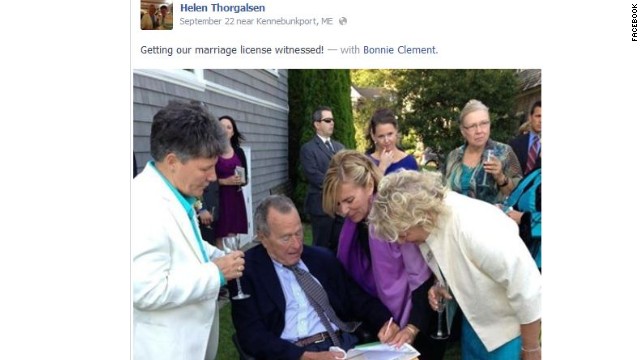 (CNN) - George H.W. Bush was an official witness to a same-sex marriage this past weekend in Maine, a spokesman for the former president told CNN.

"He signed the marriage license after an impromptu request from the couple," McGrath said.

The news of the witnessing became public after one of the brides posted a picture Sunday on Facebook showing the former president signing the document.

"Getting our marriage license witnessed!" wrote Thorgalsen to accompany the photograph.