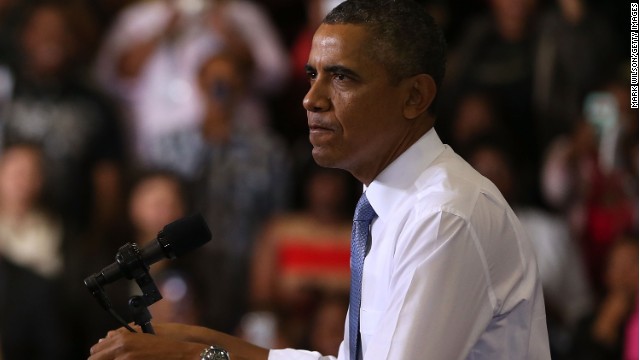 Washington (CNN) - As he battles with congressional Republicans over the budget and the debt ceiling, and as a key component of his health care law kicks in, new polling suggests that President Barack Obama's standing among Americans continues to deteriorate

The president's approval rating stands at 45%, according to a CNN average of four national polls conducted over the past week and a half. And a CNN Poll of Polls compiled and released Thursday also indicates that Obama's disapproval rating at 49%.