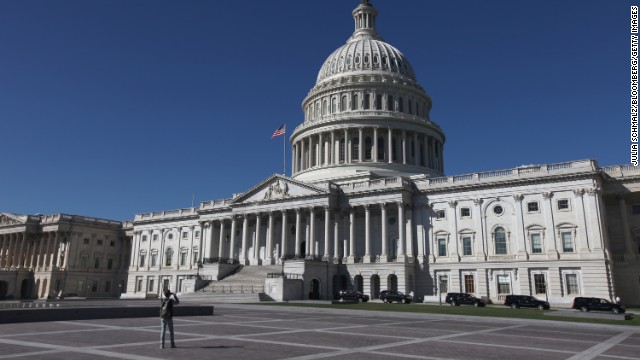 Washington (CNN) – As the Senate begins getting down to the business on Friday of whether to defund the health care law backed by President Barack Obama, a national Republican political committee cautions Democratic incumbents facing tough reelection fights.

"Today, Democrats may have one last opportunity to save their Senate seat by opposing an amendment to fund Obamacare," reads a release the National Republican Senatorial Committee is sending to five states that have a Democratic senator and large numbers of conservatives.

The release points to another Democrat from a largely red state–Sen. Joe Manchin of West Virginia. Manchin on Thursday said he favored delaying the individual mandate in the health care law.

In an example of the release, committee spokeswoman Brook Hougesen said, "Even Mark Begich's Senate Democratic colleagues are having second thoughts about Obamacare as costs increase and jobs are lost," referring to Manchin.

The NRSC is also sending the release to other Democrats running for Senate, including Rep. Gary Peters of Michigan, Rep. Bruce Braley of Iowa, Michelle Nunn of Georgia, Alison Lundergan Grimes of Kentucky and Natalie Tennant of West Virginia.

For their part, Democrats have also been targeting their counterparts in the showdown.