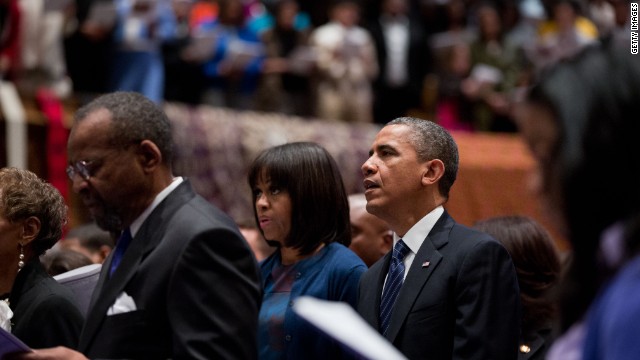 In an interview with CNBC Wednesday, Obama said he admired Francis's ability to think "about how to embrace people as opposed to push them away."

Obama was asked about Francis's statements arguing that the Catholic Church has the right to express its opinions but not to "interfere spiritually" in the lives of gays and lesbians, expanding on explosive comments he made in July about not judging homosexuals.

In a wide-ranging interview with Jesuit magazines published last month in several different languages and 16 countries, the pope also said that women must play a key role in church decisions and brushed off critics who say he should be more vocal about fighting abortion and gay marriage.

Moreover, if the church fails to find a "new balance" between its spiritual and political missions, the pope warned, its moral foundation will "fall like a house of cards."

When asked about those statements, Obama said "I have been hugely impressed," with the pope's pronouncements, not because of any specific issues but because of the humility and empathy with which Francis lives his life.

"That spirit, that sense of love and unity, seems to manifest itself, in, not just what he says, but also what he does," Obama said of Francis's embrace of all people.

"I would argue for any leader period that's a quality, that I admire."