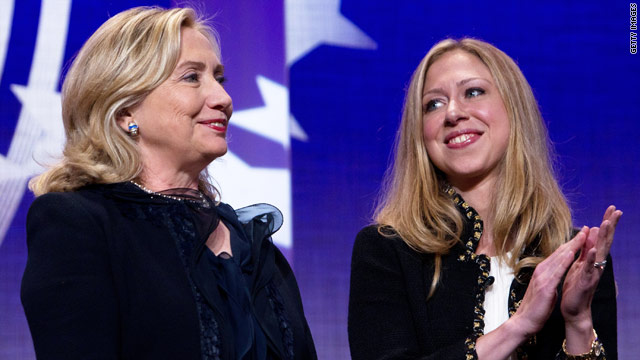 Will 2014 be the year of the grandchild for Hillary Clinton?

(CNN) – Could Hillary Clinton become a grandmother next year? That's the plan, anyway, for daughter Chelsea Clinton and her husband, Marc Mezvinsky.

In an interview with Glamour, Chelsea Clinton said the couple wants "to start a family."

"So we decided we were going to make 2014 the Year of the Baby," Clinton said.

Equally important to the plan, she told the reporter: "Call my mother and tell her that. She asks us about it every single day."

Clinton talked about her mother's impatience for grandchildren in a 2012 Vogue interview, saying they were thinking about starting a family in "a couple of years."

"And I hope my mom can wait that long," Clinton said at the time.

2014 is looking to be a busy year for Hillary Clinton as she potentially gears up for a 2016 presidential run. Just about every early 2016 poll puts the former secretary of state far ahead of any other possible competition for the Democratic nomination.