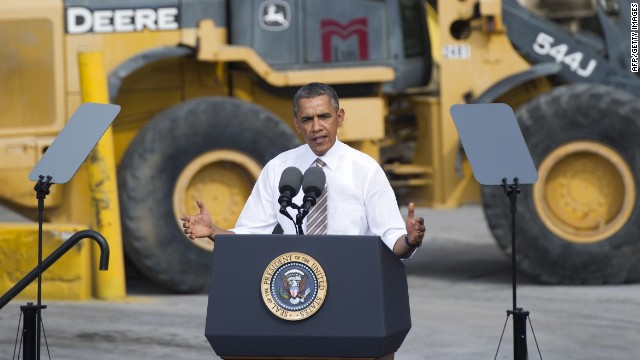 Obama: 'Only one way out' of shutdown

(CNN) - President Barack Obama went on a rhetorical offensive against House Republicans on the third day of the federal government shutdown, telling a crowd in Maryland Thursday that there's only one party at fault and one remedy.

"There are enough Republicans and Democrats in the House of Representatives today that if the speaker of the House, John Boehner, simply let the bill get on the floor for an up or down vote, every congressman could vote their conscience, the shutdown would end today," Obama said in a speech in Rockville, Maryland.